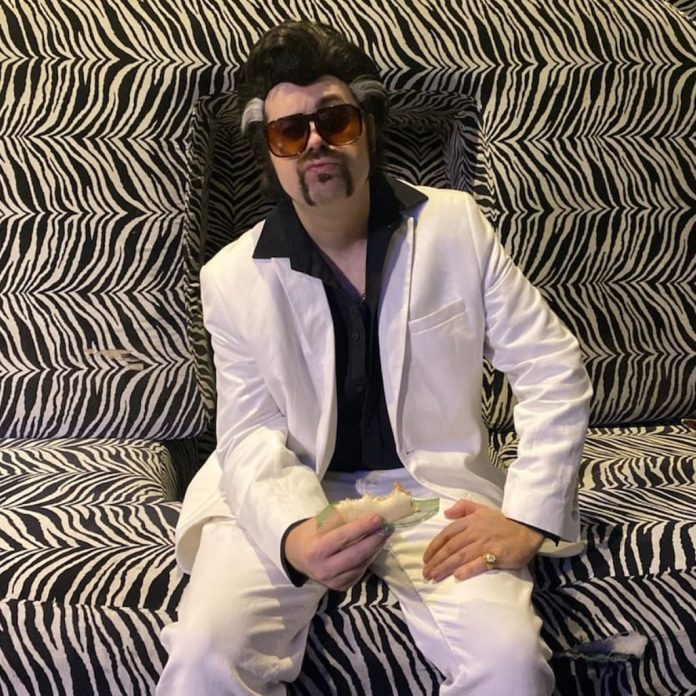 K. Kilfeather is an American guitarist/singer/songwriter based out of Las Vegas, Nevada in the US of A.

He’s apparently written and released over 30 records since 2006 and performs with a power trio under his own name, and in the process shared the stage with a wide variety of artists and bands all across the west coast as diverse as: Wayne Kramer (MC5), Kyle Gass (Tenacious D), Danny Carey (Tool), Steven Adler (Guns N Roses), HR (Bad Brains), John 5 (Rob Zombie), The Obsessed, Supersuckers, Death Valley Girls, LA Witch, WAAVES, Voodoo Glow Skulls, The Vibrators, and more.

Kilfeather’s music has been referred to as “psych garage punk”, a sound that best describes a concoction of garage rock & roll mixed with elements of punk, classic metal, and pop music.

His latest batch of records came to the attention of Golden Robot Global Entertainment and he was was signed to their punk rock division, Riot Records. His new full-length album Island of Forgotten Toys is due out as of December.

His first single for the Riot Records was ‘King Creep’ – An upbeat guitar freak-out that winds somewhere between The Misfits and Black Sabbath. You can stream/buy ‘King Creep’ here.

He followed that up with ‘Never Stop’ that comes at a slight nuance to his previous release, delving into early Corrosion Of Conformity territory but still retaining a garage punk vibe with a groove laden edge. You can pre-order/pre-save that by clicking here.

On 2nd November his latest single ‘Beneath The Silence’ will be released. Said to explode like a Molotov cocktail, with a catchy hook, screaming guitars, and a runaway train style rhythm section, you can pe-order/pre-save it here.