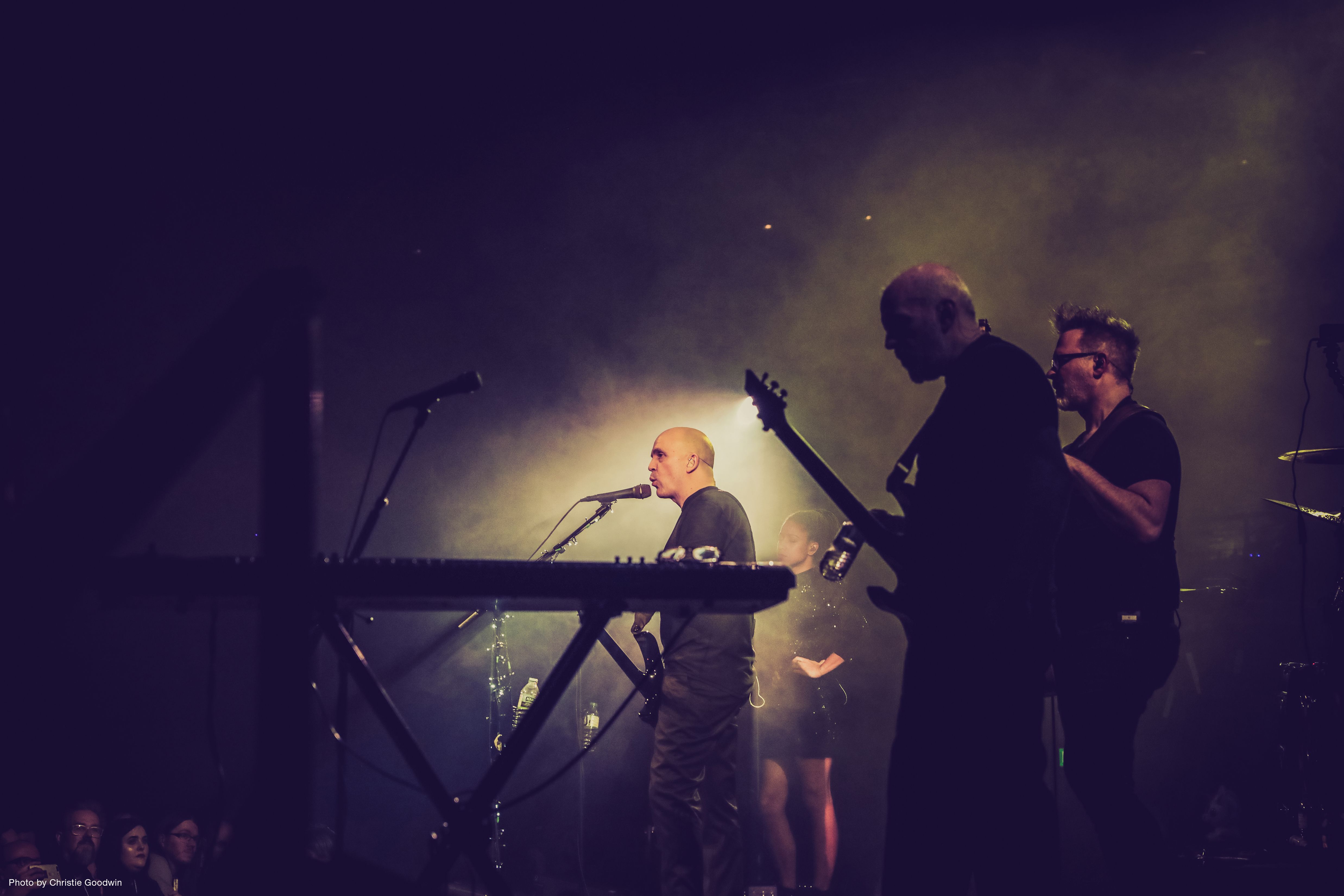 Devin Townsend can justly claim a place amongst those artists who are usually referred to as ‘mavericks’ or ‘free spirits,’ who go wherever their muse takes them, rather than follow current trends, and who consistently defy fan expectations by doing exactly whatever it is they want to do. This places him in the company of exalted artists like Zappa, Bowie, Neil Young and Todd Rundgren. Thus, following his muse, Empath is the album where Townsend decided to see what would happen if “all the styles making up my current range of interests were represented in one place”. It contains several tunes from Disc 1 of the studio CD, though not the 20 minute plus ‘Singularity.’

Townsend has always been an artist hard to categorise. Down the years he’s flirted with New Age, Death Metal, Ambient, Prog and Country, and whatever else can be said about him, he’s not averse to taking risks, making life a little more difficult for himself, and for many fans, this has given him the musical equivalence of marmite ..you either believe he carries it off and is a genius at what he does or he’s just an OTT loudmouth, ‘Borderlands’ is several songs wrapped into one tune just to emphasise this point.

There’re some excursions into heavy rock on tracks like ‘Gato’ and ‘Deadhead,’ however ‘War’ and ‘Castaway/Genesis’ veer towards overkill and it’s hard to make sense of what’s happening onstage. ‘Ain’t Never Gonna Win’ begins with a soft rock intro but then becomes a drum-fest, and during ‘Heaven’s End,’ there’s a lapse into heavy metal guitar hero mode. There are also some quite subtle moments. ‘Spirits Will Collide’ is a gentle tune about losing someone close to you, and ‘Why’ is almost operatic with some lively audience participation. Towards the end of an intense show, we’re given a version of Trammps’ ‘Disco Inferno,’ and the set concludes with an oldie from the Devin Townsend project’s Epicloud album, ‘Kingdom.’

Empath was recorded ‘live’ on election night, December 2019, at the Roundhouse, London, and it isn’t easy listening. It’s an album containing many twists and turns along the way, with many different facets of Townsend’s career to date featured, plus there’s the usual onstage proselytising from Townsend, and it may well take you several listens before you decide. It’s full-on over the top, it’s bombastic and it hits you in the solar plexus. The playing is often adventurous and complex and, given the number of musicians involved .. at any one time, there could be up to ten musicians on stage .. that is some achievement.

Empath, unless you’re already a fan of Devin Townsend is an album which isn’t easy to get into and, after several listens, I’m still not sure, though there’s no denying the talent involved in the music and the show. Another listen perhaps?