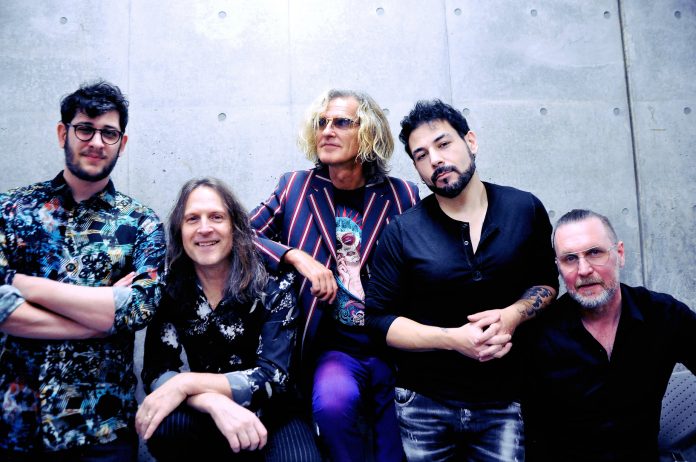 Since the release of Desolation Rose back in 2013, it was widely believed that with main man and guitarist Roine Stolt busy playing with different musicians (Steve Hackett and Jon Anderson amongst others) and the other band members all with projects on the go, that the Flower Kings were seemingly no longer a viable entity. However, in 2019, they returned to critical acclaim with Waiting for Miracles, their first new album for six years, which went some considerable way to re-establishing the band’s name, and now, only a year later, they’ve followed it up with Islands. It’s an album born out of the specific conditions prevalent to 2020… with it not possible to tour and with no festivals to play, the band decided to make another album instead; no easy feat with band members living in four different countries but the magic of file sharing made it possible.

Islands is a kind of ‘concept’ album, with the theme being desolation, loss, and the fear of being isolated .. appropriate for 2020. It’s a double CD, with 21 tracks which, according to Roine Stolt, can be seen either as one mega song or 21 separate pieces, tailored to be listened to as one complete piece. It features all of the sounds and textures the Flower Kings are renowned for .. from vintage prog keyboard sounds to epic guitar work, quirky drum patterns, and symphonic elements mixed with top-class prog musicians extending themselves.

The album has no ‘typical’ style ..there’s a miasma of differing styles and influences all the way through. ‘From The Ground’ has a distinctive mid-’80s Genesis feel, while ‘Morning News,’ hits with its shuffly tempo, is almost a ditty, and the very short ‘Journeyman’ is a Frank Zappa sounding instrumental.  Tracks like the lengthy ‘Solaris’ and ‘Man In A Two Piece Suit’ are full-on prog and reminiscent of something one of Roine’s side projects, Transatlantic might have performed. The band’s undeniable musical pedigree is highlighted on ‘Serpentine’ and ‘A New Species,’ the latter being instrumental with an opportunity for all the musos to demonstrate some virtuosity, notably bassman Jonas Reingold.  They also get heavy and rock it up on ‘Broken,’ and Roine Stolt lets rip on ‘Telescope’ and ‘Fool’s Gold.’

Islands is a worthy follow-up to ..Miracles. The music is as ambitious as any prog fan could want, and it’s an album with some seriously good playing which, for their fans, is exactly what they want from the Kings, and will feel almost like a homecoming.