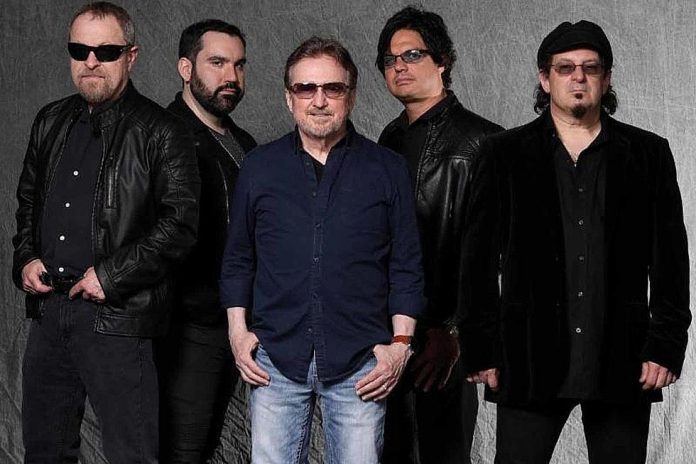 New York’s Blue Oyster Cult (BOC), fifty years long in the tooth and still with two of its original members, occupy an enviable slot in the rock pantheon .. they have an established rep, cited as an influence on the early Metallica, they’ve released several songs regarded as all-time classic rock standards, as well as possessing a guaranteed audience. But, similar to Kansas earlier in 2020, rather than just rest on well-deserved laurels, BOC have decided the time is right to release their first new studio album since 2001’s Curse of the Hidden Mirror, and it’s to their credit they’ve come up with an album which is worthy of the name of the band. Always known for their intelligent lyrics, on ‘Symbol,’ they sing about modern technology, vampires, sword and sorcery .. and even a bar brawl on ‘Fight.’ This is no nostalgia trip, it’s an album from a band still punching its weight!

The single, ‘Tainted Blood,’ is classic BOC, with its hints of ‘…Last days of May,’ featuring some great guitar work and harmonies, and it’s a new stage favorite in the making. Other stand-out tracks include ‘Edge of the World,’ which is a powerful punchy track, as is ‘The Machine’ and ‘Stand and Fight,’ which gives a nod to 80’s Metallica. ‘The Alchemist’ is a hard-rocking, riff-based tune with an excursion into Judas Priest territory midway through, and there’s even a touch of boogie-woogie on ‘Train Time (Lennie’s song)’ with its hint of Johnny Cash thrown in.

One initial problem long-time bands like BOC have to confront when releasing new music is it’s usually defined by, and measured against, their catalogue of accepted classic rock standards, but the band has done justice to its rich and varied legacy. ‘Symbol’ contains some incendiary riffs, crunching guitar work, a little power balladry and some fine vocalising, particularly on ‘Box in my Head,’ with its intricate harmonies.  ‘That was Me’ even features a cameo appearance from original member Albert Bouchard, adding percussion and backing vocals.

So, does the world really need another studio album from a band whose days of mega sales are now well behind them? I would say it does. The album is the first to feature the current touring line-up, which has now been playing together for more than a decade, and the result suggests time hasn’t slowed down the BOC, and it still has something to say after all these years.