Raise a Little Hell with The Answer 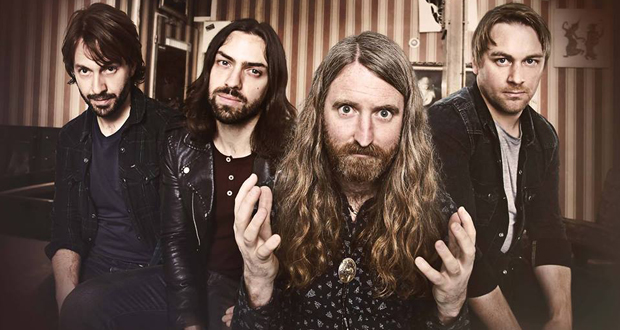 March 9th 2015 is a long wait to Raise A Little Hell but The Answer promise it will be worth it when their new album is released, just a few days into their first tour dates for next year.

The Northern Ireland rock band have teamed up with PledgeMusic  for special pre-order versions of Raise A Little Hell,  including CD, deluxe digi-pak, vinyl versions and a unique live CD containing the best of their New Horizon tour in 2014. There is also special video footage of our time in the studio making the Raise A Little Hell album. However, the band themselves have resigned with Napalm Records, following the critical acclaim of 2013’s New Horizon (produced by Toby Jepson, whose own last solo album was titled Raising My Own Hell).

Lead vocalist Cormac Neeson commented, “We’re delighted to be extending our relationship with the Napalm family and look forward to great times ahead! During summer 2014 we hightailed ourselves down to Madrid to record our new album with long time friend and producer, Will Maya. Our time in Spain represents one of the most productive and enjoyable chapters in The Answer’s colourful history.

“Our new album ‘Raise A Little Hell’ comes from deep down inside. We brought the blues, the swagger and soul back into the studio and emerged from it with an album that encapsulates our unabated love for making the music we make. We’re all incredibly proud and thrilled with this record!”

Since the release of their debut album, Rise, The Answer have toured the world supporting major acts such as AC/DC, The Rolling Stones and Whitesnake as well as headlining their own tours, releasing commercial and critically acclaimed records and May 2015 looks to continue that trend.