Four On The Floor with Rat Rod 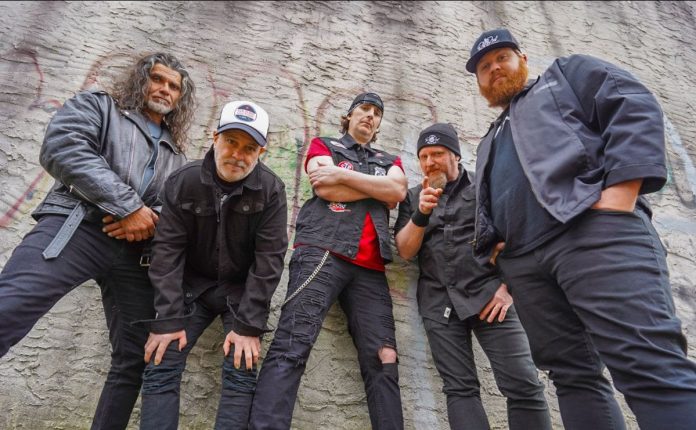 Philadelphia, USA, based classic hard rock influenced quintet Rat Rod has released a new single in ‘Call Down The Thunder’, taken from their upcoming full-length album, Four On The Floor.

‘Call Down The Thunder’ is a sequel to a song on their previous album, Light ‘Em Up, entitled ‘Peacemaker (Ballad of Tombstone)’ that was inspired by the bar scene between Kurt’s Russell (Wyatt Earp) and Billy Bob Thornton (Johnny Tyler) in the movie Tombstone.

‘Call Down The Thunder’  takes the viewpoint of Wyatt Earp and his desire for vengeance in response to his brothers being ambushed with Virgil injured and Morgan killed.  The raw emotion is characterised by this line in the song: “every bullet in my gun has got a cowboys name.”  Cowboy referring to the offending outlaw gang known as the “cowboys.”

“The title Four On The Floor is an homage to some of our influences – AC/DC, The Angels, Airbourne, Rose Tattoo, bands like that – who often use the 4-on-the-floor drum beat, a phrase expressing the fact that the bass drum hits on all 4 beats of a measure not just the 1 and 3,” said guitarist, Mark McCarty.  “It’s also an obvious car reference which of course makes sense.”

The self-produced album was recorded between August 2021 and January 2022 at Studio E in Westminster Maryland and at the Rat Rod Bunker in Somerdale, NJ. It was engineered by Eric D and Mark McCarty and mixed by Lance Walter at Philadelphia’s Rhawn Street Studios.

Four On The Floor also marks Rat Rod’s signing to Vanity Music Group’s Shock Records imprint, that will give the band broader exposure. The album will be released in early Autumn and will be supported by regional touring and festival dates.

‘Call Down The Thunder‘ can be streamed on Spotify and purchased on Apple Music.