Reckless Love is Back 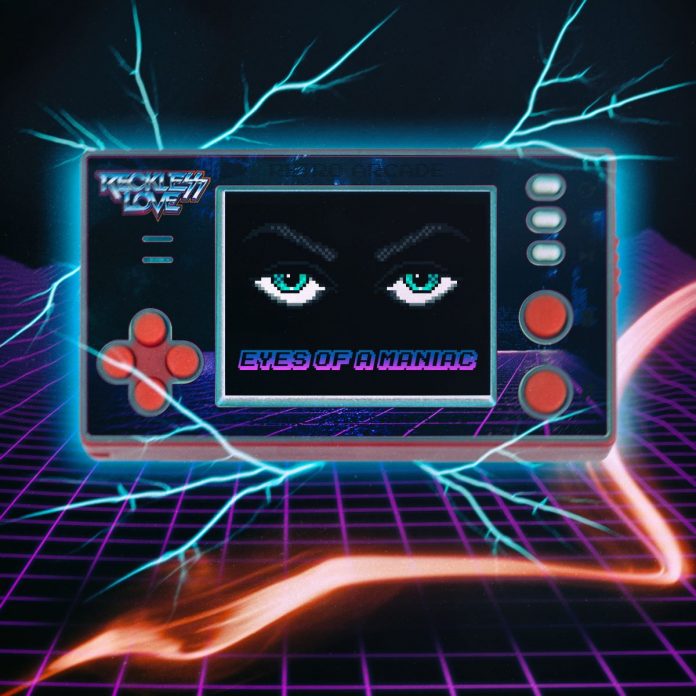 Internationally acclaimed Finnish rock band Reckless Love issue their latest single ‘Eyes Of A Maniac‘, on AFM Records, ahead of the Spring 2022 UK Tour with the Dan Reed Network & Collateral.

The song sets you straight back into the 80s where you can jump back into your favorite Atari game and meet the eye of a maniac… Or at least the lyric video sets in motion that vibe, as you can check out here at RAMzine.

“The lyrics are filled with themes and entertaining wordplays, that put supercharged motor racing and hormone rich competitions, side by side. In the sound department, the 80s-esque pop metal roars loud and clear, however, it’s also strongly coloured with a modern synth wave flavour, whipping up an interesting cocktail.”

Founded in 2001, Reckless Love has released four albums, 2010’s self-titled debut, 2011’s Animal Attraction, 2013’s Spirit and Invader in 2016. Thus it has been a while since the band has released new material.

“In my opinion, the word comeback is definitively the right word when referring to this particular song. We had a long break from recording and as the break got longer, the higher the threshold became to start working on new music, let alone publish it,” said vocalist Olli Herman.

Commenting on the new album, he said that they took a look back while moving forward: “At the centre of the sounds are the 80s theme and the modern dark-speaking world of synth wave. We dived deep into to the game world and the movie moods of the genre and era”.

“Although it was clear that we always had the desire to continue our career, it felt like we needed to find a new perspective for our creative expression. We had to write ‘Outrun’ to be reborn – and we did. This song showed us the way how to write the new album. ‘Outrun’ is a beacon on our way to reincarnation.”

Released previously as a single, you can stream ‘Outrun’ single here and check out the video here at RAMzine also. It opened the gate for the band’s new album, that will be released early next year. The song is composed by vocalist Olli Herman and guitarist Pepe Reckless, the band completed by bass player Halle Verne. Responsible for lyrics are Janne Rintala and Herman.

The synth wave-influenced rock song is accompanied by a brand-new music video, directed by Pete Voutilainen.“Outrun’ was the first song we wrote for the upcoming fifth album, so I think it makes perfect sense that it’s also the first single cut from the album,” said Herman. “Somehow, this catchy little tune managed to encapsulate all of the stuff that is built into the genetics of every kid that grew up during the era of arcade games, long haired metal bands and explosive action movies.