Following on from the release of their album, Time Will Die and Love Will Bury It, Rolo Tomassi have announced a tour for November which will see the band headlining at venues across the country, including the Scala, London, with support provided by Blood Command and Cassus. The band have also announced they’ll be playing at eight festivals across Europe between July and October, which includes three in the UK.

Reaction from the media following the release of Time will die ..has been extremely positive. Stereogum declared the album to be “not just a future classic, but a classic on arrival”. The album’s also garnered number 1 highest rated album of the year on Meta Criic (achieving 92/100), which takes into account reviews in publications from right across the musical divide. 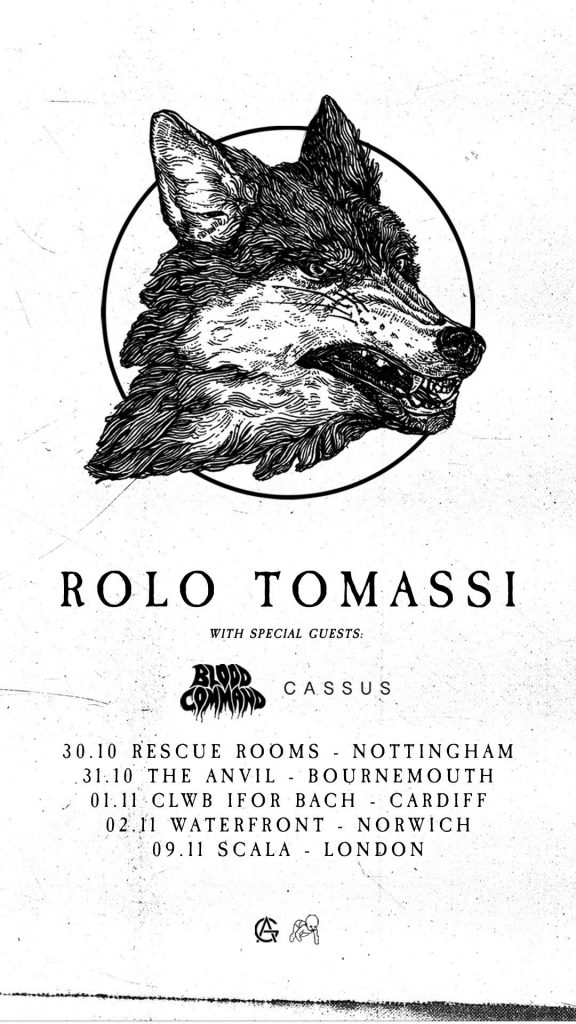