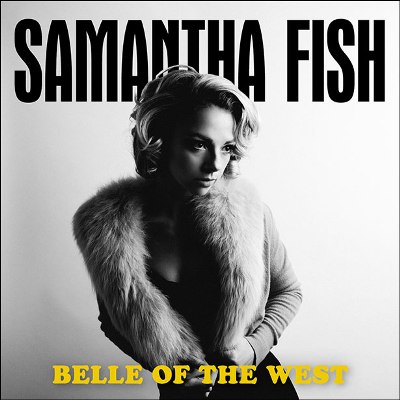 Multi-award winning American blues guitarist and singer-songwriter, Samantha Fish, has a new studio album Belle of the West out on Ruf Records on Friday 17th November 2017 with a nationwide eight date UK tour kicking off at The Stables in Milton Keynes just three days later on Monday 20th.

“You should always get outside of the box,” said Fish, on how she approached making Belle of the West. “Challenging yourself is how you grow.”

Samantha Fish launched her recording career in 2009, quickly established herself as a rising star in the contemporary blues world, while releasing a series of acclaimed albums wherein her restless creative spirit has taken her in constantly new musical directions (she’s even covered Black Sabbath‘s ‘War Pigs’).

The New York Times called Fish “an impressive blues guitarist who sings with sweet power” and “one of the genre’s most promising young talents.” Her hometown paper The Kansas City Star noted, “Samantha Fish has kicked down the door of the patriarchal blues club” and observed that the young artist “displays more imagination and creativity than some blues veterans exhibit over the course of their careers.”

However, more interested in following her heart than in repeating past triumphs, with Belle of the West, her fifth studio album  Fish has recorded 11 personally charged songs that showcase her acoustic guitar skills as well as her roots and songwriting skills,.

“I wanted to do this acoustic-electric record, and tap into the style and swagger of Mississippi,” Fish said, adding, “Any time you dive into another place, another vibe and a new group of people, you’re challenging yourself to grow musically. I felt very at home a Zebra Ranch, and I’ve known Luther and Malcolm for years, so it was a very comfortable situation. When you’re making a record like this, it has to feel natural if you want people to respond to it.