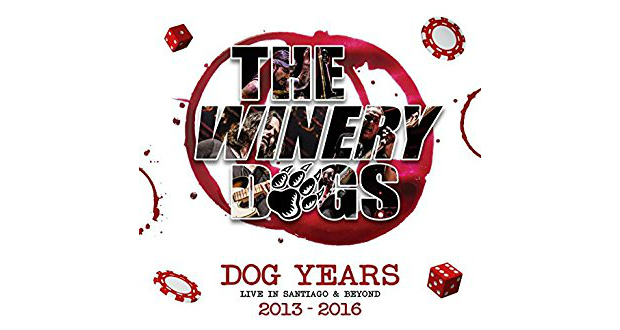 The Winery Dogs, a band I knew nothing of around two years ago, but with some members I was all too familiar. Two legendary musicians and one that for me, was slightly lesser known, a drummer that has been in just about every band worth being in. Mike Portnoy, arguably one of the greatest bassists to ever live and that has worked with many of the greatest musicians to match his calibre Billy Sheehan, and finally Ritchie Kotzen. He is a man that Billy recently said in an interview with famed bassist Nikki Sixx on the Sixx Sense “is just a superstar”. Kotzen has made a name for himself with the likes of Poison and Mr. Big to name a few. Together several years ago they form this group, within two gigs they had a live DVD to go with their debut album, and then followed up with the album that first introduced me to them, Hot Streak, something that will often get played regularly into my ears, even on this day.

While Ritchie is currently pushing out further into his already successful solo career, Mike and Billy have another project underway (Sons of Apollo, expect a review real soon!). Now The Winery Dogs have released something along the lines of a box set: Dog Years: Live in Santiago & Beyond 2013-2016. A Standard DVD version with eight music videos and an EP of five tracks previously unreleased, plus a special edition release, Blu-ray, DVD and the EP with a 2CD edition of the concert itself. Having two albums under their belt, they now have more than enough material to chose from to create a fun filled set of musical genius, and that is exactly what they have done.

As with any live release it’s fans of the band that will be the ones who will purchase it. What it captures in one of the most gelled together units of great musicianship in the World with quite possibly the greatest fans known to the rock world with their passion. The sound of around 100 minutes of constant cheering matched with the unique abilities possessed by the men on the stage. They all go hand in hand.

Audio wise, it is hard to fault, the songs fit superbly together from over both album releases, and the energy transfers well. Kotzen sounds superb with that rare sound of his voice, put together with his amazing skills as a guitarist you can hear and understand what Sheehan sees in him. Sheehan himself shows no signs of fatigue, still playing with the most amazing speed and accuracy that he has done for so many decades. While Portnoy seems to create a new language that can be understood by anyone with his undeniable abilities behind the kit (both of which really take to light when it comes to their solo’s). The Winery Dogs are hard to pigeon hole, prog, jazz, rock, they really create a smorgasbord of style on stage, yet they make it all work even the slower parts of the album hold back no punches, but the real money shots come in with their bigger hits with the fans. They begin strong with ‘Criminal’ and ‘Oblivion’, but it is all just a build up to the end of the set, closing with ‘I’m No Angel’, ‘Elevate’, ‘Regret’ and ‘Desire’, no stone is left unturned in giving the fans what they want.

Dog Years is a real high to leave the fans with, it encapsulates everything the band is about, both together and individually, hopefully it won’t be too long until they return to the studio. For fans of the band, go treat yourself and get this, or stick it on the Christmas list to make sure your loved ones get you something you’ll really want for it! You won’t regret it one bit!