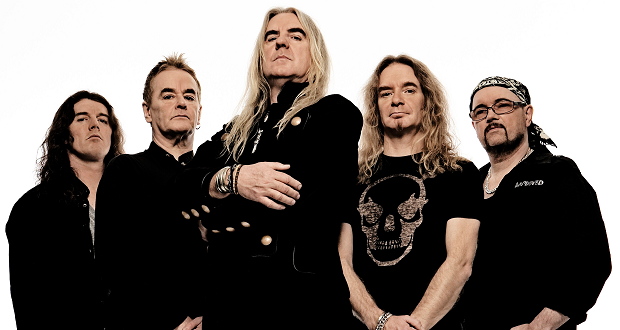 When Saxon embark upon the UK leg of their Battering Ram World Tour this October 28th they will also be releasing The Vinyl Hoard a deluxe box set of live recordings on gold vinyl released through Demon Records.

The Vinyl Hoard consists of eight records (featuring four double albums that were previously released as The Eagle Has Landed II and III CDs and the To Hell and Back Again DVD) pressed onto 180 gram vinyl for the first time with a specially designed gatefold sleeve presented in a slipcase box showcasing a brand new cover painting by Paul Gregory.  There will also an exclusive limited edition of 500 copies available through Amazon, with a print of the cover painting signed by Saxon frontman Biff Byford suitable for framing. “This is not going to be around again and with exclusive art work too,” said the singer.  “Bring it on – I think we’ll play some of these tracks on tour in the autumn”. 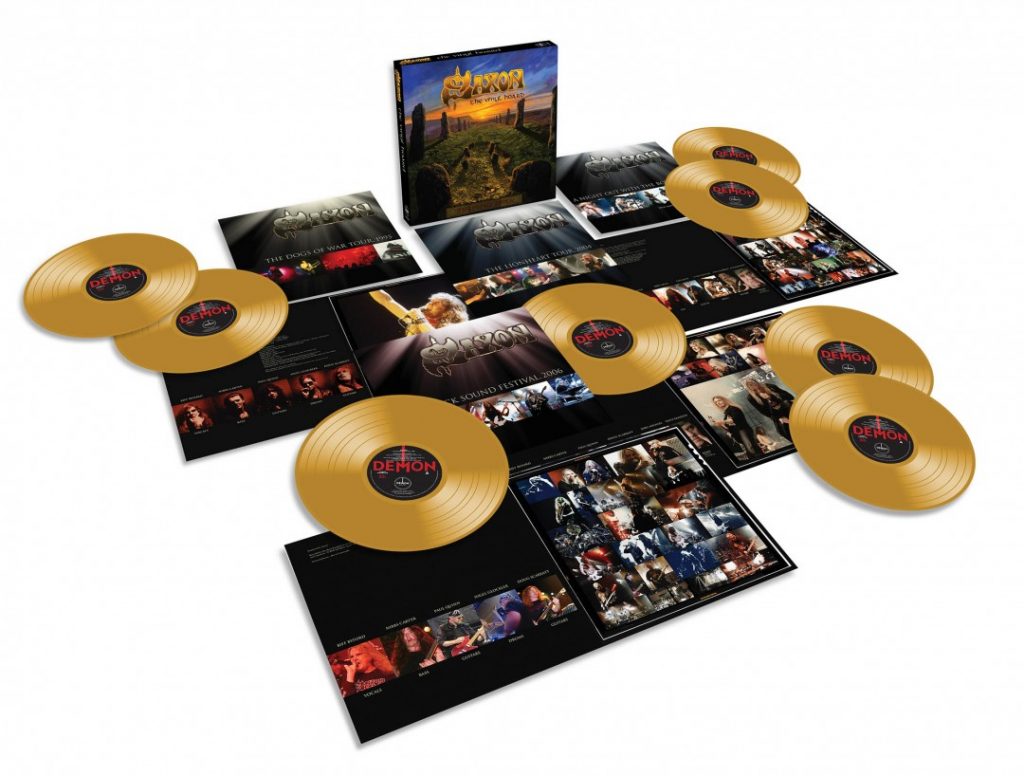 Renamed for the tours these live recordings were played during a full track listing for The Vinyl Hoard is as follows:

The Lionheart Tour (Recorded on tour in France, England and Germany in 2004):

A Night Out With The Boys Tour: The 25th Anniversary Of The NWOBHM (Recorded on tour in Germany and Sweden in 2005):

D Side: 1. ‘Wheels Of Steel [including Doug Scarratt solo]’, 2. ‘Crusader’ (Previously released on CD as To Hell And Back Again).

Saxon’s Battering Ram UK Tour features special guests Fastway and Girlschool, if you take your brand new box set of The Vinyl Hoard along hoping to get it signed watch you don’t get it damaged during the rush to the stage.