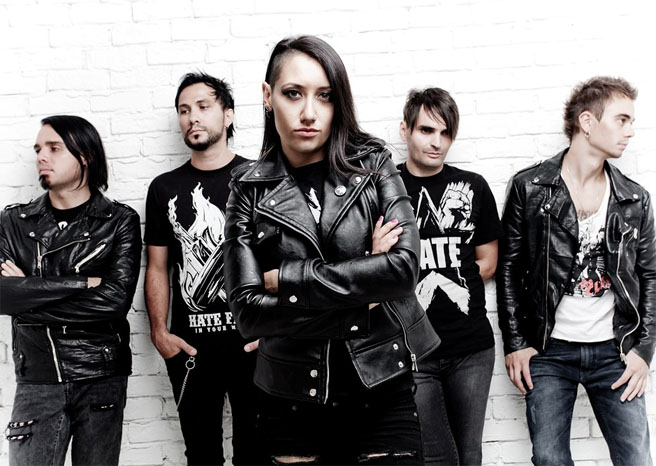 Russian Nu metal band Louna have announced a release date for their new album Behind The Mask.

The album was mixed by Dan Korneff (who has mixed albums for MCR, Papa Roach and Paramore) will be released on the 30th of April, this year.

The band, fronted by Lousine “Lou” Gevorkian, have won various awards in their home turf of Russia including ‘ Best New Artist’ at the 2009 RAMP awards and ‘Best Female Vocalist’ at the 2012  Nashe Awards.

On March 26th the new album will be available for pre-order with bonus tracks Mama and Business.

The band will feature in the MTV documentary Rebel Music late 2013.