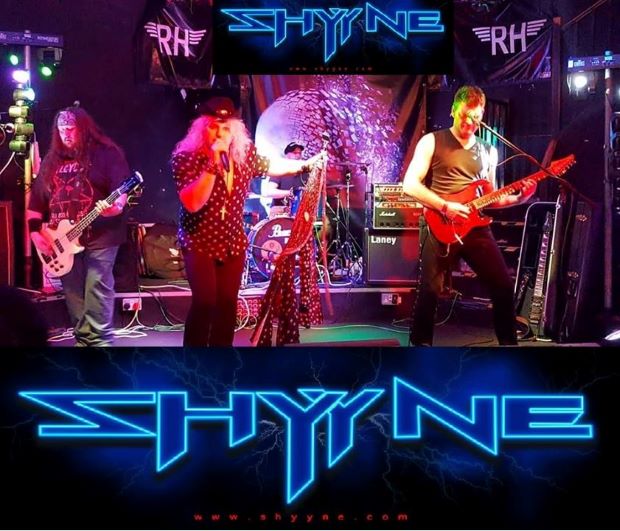 Wolverhampton band Shyyne recently signed with WDFD Records who will release the band’s new album Go Your Own Way in February, with the title track just released as a single.

Formed in 2015 by  ex-Surrender and Rezist frontman Toni Gale and former Roulette guitarist Mark Wilkins, they set upon establishing themselves as an 80s style sleaze metal act and attracting a local West Midlands and Black Country following.

That lead to support slots with the likes of LA Guns, Y & T, The Lynch Mob, Love/Hate, among others. Releasing an EP and an album in due course, after which, in 2017, bass player Matt Freeman and drummer Richie ‘Bev’ Bevan, completed the four-piece line-up active to this day.

It’s an 80s style vibe that drives the band, want folk to leave gigs with a massive smile on their faces, having been entertained by catchy sing out loud Sunset Strip style sleaze metal with an essence of hair metal and a huge dollop of glam metal all mixed together.

Evidence of this can be found right here at RAMzine as we present Shynne’s video for new single ‘Go your Own Way’.

‘Go your Own Way’ is available on Spotify and through Amazon.