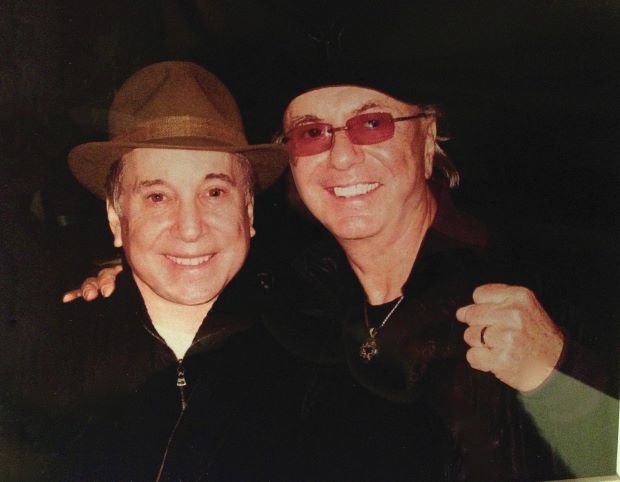 It can’t be an easy fix, getting someone like Paul Simon, the singer/songwriter of one of music’s most popular duos, with Simon & Garfunkel, to once more commit to recording his vocals with another. But he’s stepped up to the microphone to share airtime with first generation rock ‘n roller Dion.

‘Song For Sam Cooke (Here In America)’ is the name of the song, and rather incredibly again, it’s the sixth single from Dion’s Blues With Friends, that’s not out itself until Friday 5th June through Keeping The Blues Alive Records.

You can download and stream the single by clicking here with  Blues With Friends itself to pre-order worldwide here.

You can read all about the album and the many famous guest artists at RAMzine by clicking here.

“I wrote this tune back many years ago,” said Dion. “At first I just had the melody and the refrain ‘Here in America’. A friend suggested I use an episode from my memoir about walking southern streets with Sam Cooke in 1962.  I finished the song, but it felt too personal, so I put it aside.

“Then in 2019 I saw the movie Green Book and after that I couldn’t shake the song.  My friend Paul Simon wanted to record it, what he was hearing on the tune; it’s a story we both share. Thank you, Paul. Rest in peace, Sam.”

You can watch the video for the single right here at RAMzine.