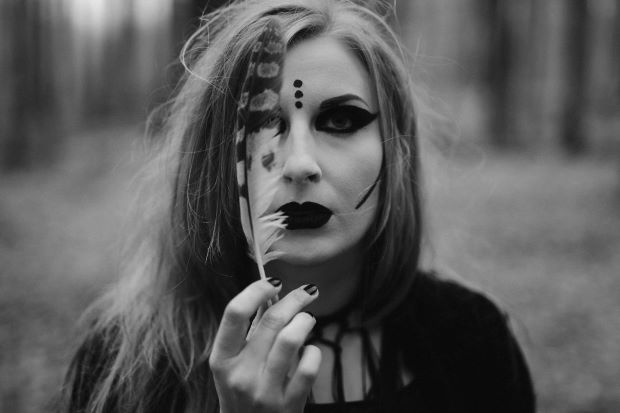 Ols, the pseudonym for vocalist and instrumentalist Anna Maria Oskierko, releases the second single off her forthcoming album Widma due on 17th April 2020 through Pagan Records.

The song is called ‘W Ciemny Las’ and you can watch the video to it right here at RAMzine.

“The second single from the new album is a song-vision, a mesmerising lullaby bringing bad dreams,” said Oskierko. “This is reflected in the song’s lyrics,” she continued:

“One had to go across the bridge. Narrow. Made of blades and knives. Over the river of flames. There are several deaths during one’s lifetime – a different one after each passing. First – people leave, then the senses fail. Memories are lost in the darkness of the dead past. An old woman remains, alone in the house of her own head. A sad queen in the castle of her own skull. There is nothing outside anymore, she can only go deeper inside, into a dark forest…”

Widma is available for pre-order via Pagan Records’ webstore here.