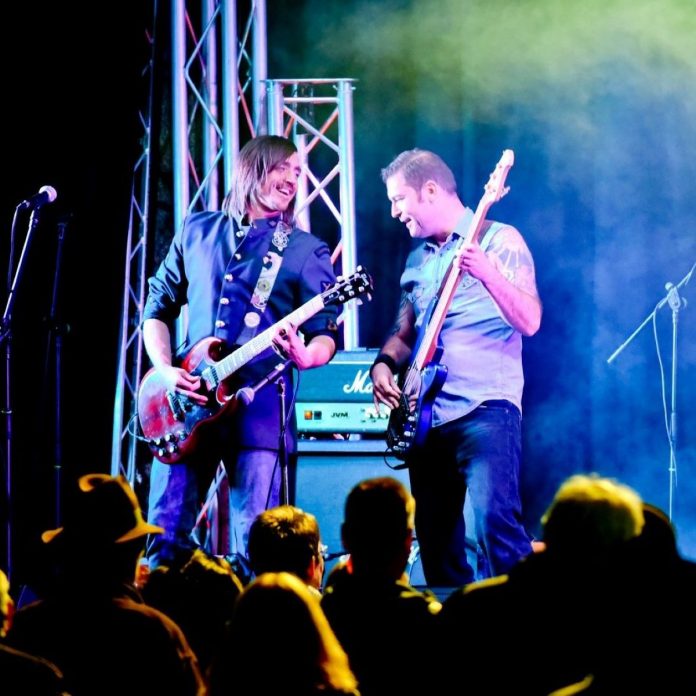 They released the EP, Intra, back in February through Ray Record. Inspired by modern day struggles, each song focuses on a negative human trait, but sends the message that in any situation there is always hope. The five tracks featured are ‘Green Eyes’, ‘Wake Up’, ‘One Track Mind’, ‘How Many Times’, ‘Fight The Fire’ and ‘On The Run’. The record was produced by Matt Elliss.

The EP is is to be followed by another, titled Venous, the second part in an anthology that will eventually encompass their fourth full length album release, and have been releasing singles left, right and centre in between.

‘Fade Out’ will be the next single, and will be released on the 19th of July through X-Ray Records on all digital platforms.

“‘Fade Out’ is a sh*t kicking power groove of defiance against politicians and those in power” exclaimed the band. “The lies and deceit of those at the top is always felt by the working class and we wanted to call them out. This year in particular we have all felt the effects of poor leadership. Although the song isn’t about any leaders in particular, it is a feeling mirrored in the thoughts of many. Play it loud and proud and raise a middle finger to oppression!”

You can watch the video to ‘Fade Out’ right here at RAMzine.

Previous single ‘Circles’ may have you raising your horns to the sky!  Lyrically the song was written in lockdown and tells the story many will have been feeling. Despite living a circular life repeating the same day for weeks on end, it’s all  about keeping your head held high through tough times and looking to the future with hope.

Steve Hill (Guitars, lead vocals), Matt Gilmore (Bass, backing vocals), and Neal Hill (Drums, backing vocals), the lads who form Skam, previously released the independent albums Its Come To This (2011), Peacemaker (2013), Skam: Live and The Amazing Memoirs of Geoffrey Goddard, a concept record based on the diary entries of a time travelling RAF pilot (Both in 2017).

The band has also supported the likes of The Answer, Airbourne, Skindred, The Quireboys, and Gun, and one of those bands’ guitarists has added his own talents to Skam’s December released single and accompanying video, with ‘One Track Mind‘, featuring The Answer’s Paul Mahon.

The track found the band expressing their darker side. A fuzzed-up buzz-saw riff heralds the story of a man with insomnia, the trouble he has getting to sleep and the thoughts in his head. All be it for a chilling reason… It’s inspired by the strange notion that even the most innocent can have dark secrets and things hiding in the shadows. And, on the song’s outro there’s a guitar duel Steve Hill and Paul Mahon adding further fire.

“The Answer were the first band to take us on the road so will always have a special place in our hearts” said Skam’s guitarist. “Paul has become a good friend and has some serious face melting skills so I could think of no one better to offer out to a guitar duel for our track ‘One Track Mind’. We were overjoyed when he agreed and we are so proud of the result.”

Prior to this, Skam released ‘Green Eyes’ as a single, and both tracks are featured on Intra. ‘Green Eyes‘ is about jealousy and how the grass can look greener on the other side of the fence, but to overcome it, you need to suck it up, swallow it down, and concentrate on your own life.

Their previous single release was ‘Wake Up’ and you can catch the lyric video to it here at RAMzine, as you can their other previous videos.

You can order ‘Fade Out’ here, ‘Circles’ here. And you can stream/buy ‘One Track Mind’ here and ‘Green Eyes’ here, and EP Intra here. You can pre-order Venous  here.