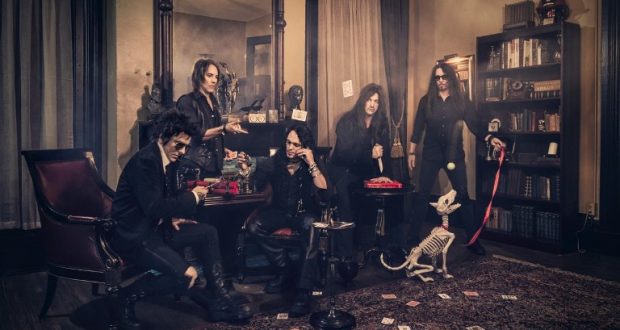 Skid Row has signed a worldwide deal with Golden Robot Records that will see the American band release the latest instalment of their United World Rebellion records series later in the year, the first to feature their new singer ZP Theart.

Armed with both a punk and metal attitude, Skid Row hit the ground running in 1988. They scored top ten singles, gold and platinum album sales internationally and a #1 album on the Billboard chart. Following band member fallouts and an ill-fated tour down in South America they called it a day in the late nineties only to return in the new millennium. Reinvigorated with an underdog spirit they have re-established themselves live and added two more albums and EPs to their name.

Still featuring main songwriter and bass player Rachel Bolan, along with the twin guitar attack of Dave ‘Snake’ Sabo and Scotti Hill, along with Rob Hammersmith on drums, the aforementioned ZP Theart is their latest frontman.

For the foreseeable future  Skid Row will continue to releases EPs. “The idea really appealed to me,” said Bolan, “Especially with the constantly changing musical climate.  I like the idea of a steady flow of new music, as opposed to releasing a full length album then riding it for the next two years.”

The bass player also views Golden robot as the right place to enact that, stating “The label is the perfect balance between old-school way of thinking with digital age sensibilities.”

You can find out for yourselves later in the year. In the meantime UK audiences can look forward to seeing Skid row play live at Download as part of a series of European festival dates.