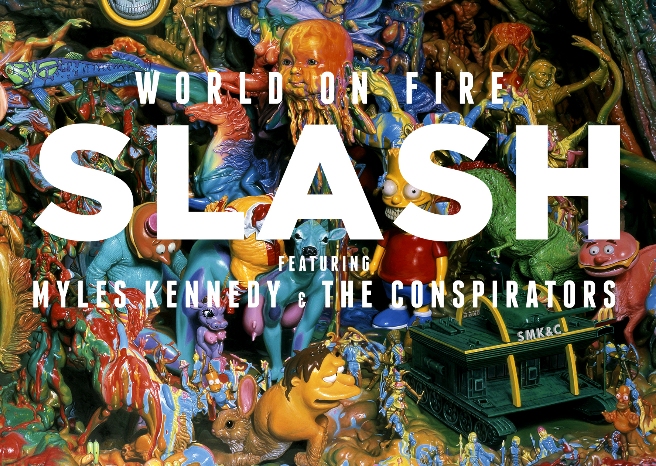 SLASH featuring Myles Kennedy and The Conspirators have announced a new album tittle ‘World On Fire’. This will be the second release with this line-up the first release being ‘Apocalyptic Love’ which came out in 2012. ‘World on Fire’ is set for release September 15th via SLASH’s own label Dik Hayd International distributed through Roadrunner Records.

‘World On Fire‘ is available four weeks in advance of the UK general release as a Classic Rock Fanpack, which consists of:

Pre-order’s are available from 27th May via www.myfavouritemagazines.co.uk/slash. Orders made before 12pm (GMT) on Monday 11th August to receive an exclusive personalised giant poster featuring your name.

UK: Pre-order Slash’s new album to gain access to an exclusive presale, the presale starts on Wednesday May 28 at 10am. Select from either Classic Rock’s Fanpack including the CD, or the digital album. 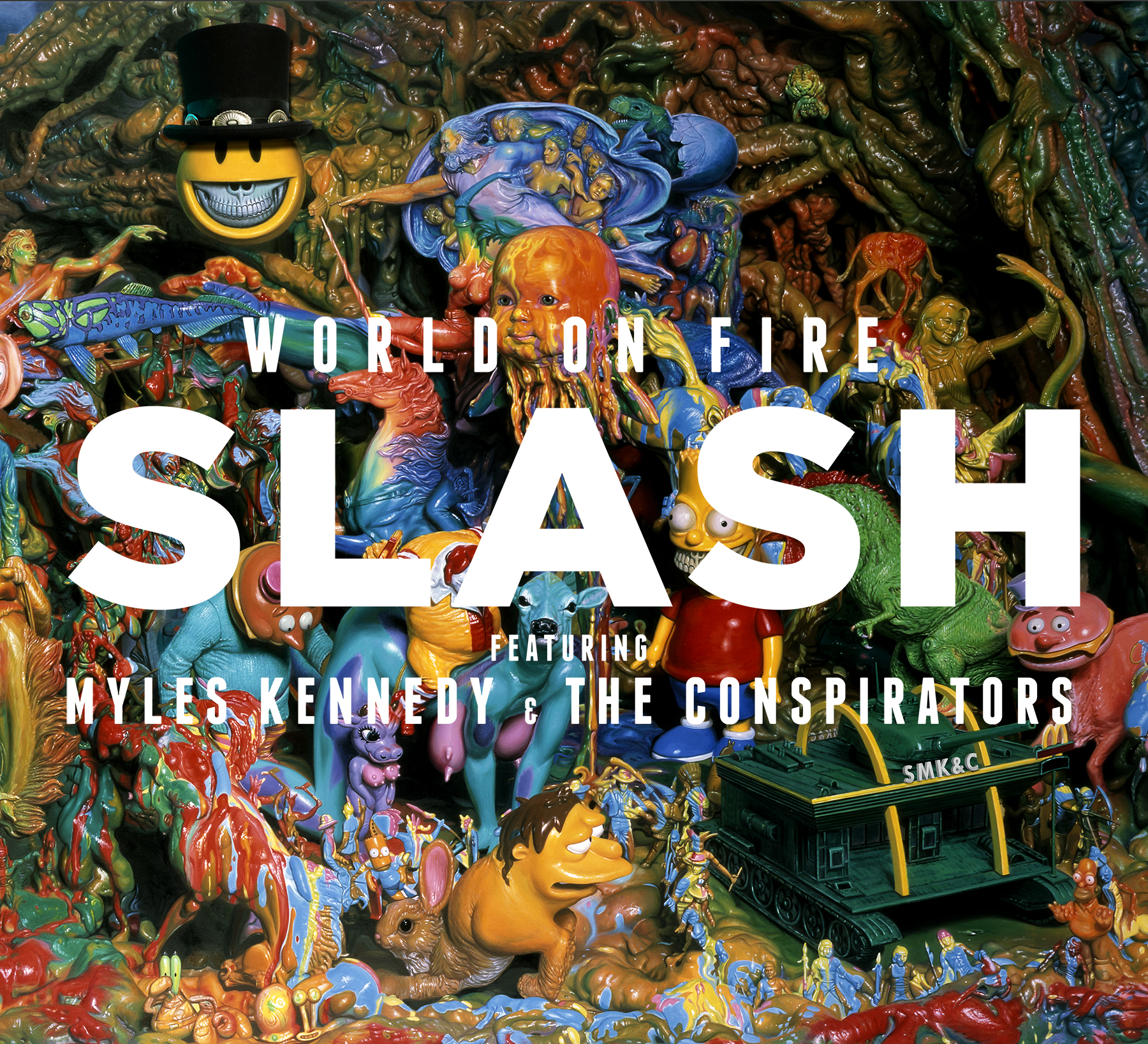