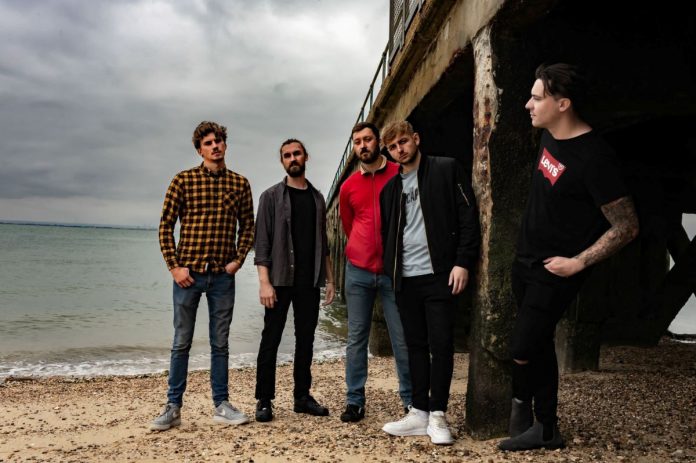 San Quentin come from Southend-on-Sea, not over in the USA, but last year they signed to international label Golden Robot Records nonetheless, annd they’ve now released their fourth single in ‘Hurricane’.

THe song is fast paced, with catchy riffs, huge drums and relatable lyrics. “During the writing process of this song we really tried to tie in the rhythm sections and drums and create a sound that would resemble a hurricane.” the band said.

Overall ‘Hurricane’ is about the turbulence and unstable nature of youth culture. When the storm ends you’re not the same person, and that’s what the storms all about.

“We bring indie rock music and high energy shows. Each song that is written and performed tells a different story, ready to share with the world,” claim the band.

Previous singes include, ‘Crossed The Line’ that displays the events of a troubled relationship going through the motions towards the end. It explains that no matter however they try to do right it will always end with the same outcome. The track includes upbeat guitars, bass and drums and also subtle areas that then explode into choruses heard with the punchy vocals on the track and catchy hooks.

You can still order ‘Crossed The Line’ here.

Their previous single was ‘Step Off’ (Still available here) that tells a story of the struggle to keep youth culture alive in an ever-changing world, where youth last only seconds – You can watch the video to it right here at RAMzine.