Stormbringer – Through These Eyes Single & Video 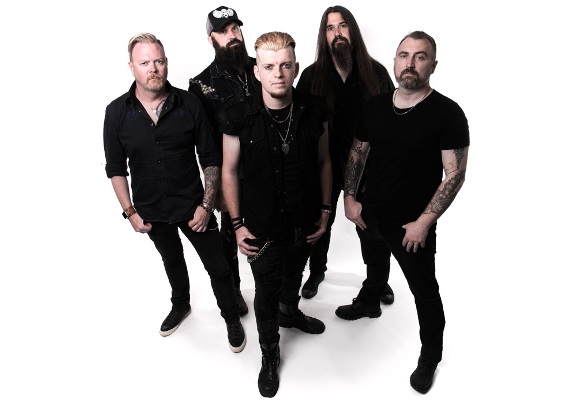 Northants rockers Stormbringer have released new single ‘Through These Eyes’ taken from their forthcoming third album Born Of A Dying Breed due out on November 3rd from Attic Records. They have also released an accompanying lyric video, as featured on this page that you can view and listen to.

Stormbringer came together during the summer of 2011 to mix classic rock and heavy metal with a contemporary edge. By 2013 Ash Smith and Dom Wallace (guitars), Darren McCullagh (bass), Jon Paul Quantrill (drums) and Mike Stockley (vocals) had released their debut album MMXIII, and went to play Download and the Bloodstock Open Air Festival among some heavy duty touring. In the latter part of 2014, Jimi Brown took over on vocal with their second album Blood and Rust, released around a year later in October 2015.

Born a Dying Breed was produced, mixed and mastered by Russ Russell at Parlour Studios and will be available to pre-order from Attic Records with distribution through Plastichead. The album is released 24 hours prior to Brown, Wallace, McCullagh and Quantrill kicking off a November/December tour where they will be joined by new addition Jamie Peters on guitar.