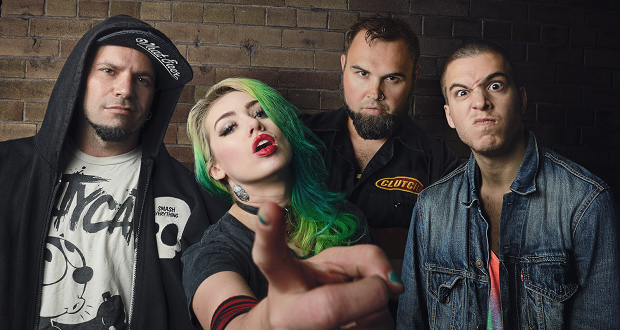 When Canadian dancehall-punks announced their second album ‘Opus Mar’ – one thing that pricked up a lot of people’s ears was the appearance by Skindred front man Benji Webbe. This was on a track ‘Moving Mountains’ which was performed live by Cyco whilst on tour with Butcher Babies and Alien Ant Farm.

This week the finished video for ‘Moving Mountains’ was released as a teaser for the new album. Check it out below:

The album ‘Opus Mar’ is due out on March 31st. You can still pledge and purchase rewards on their PledgeMusic page, here.