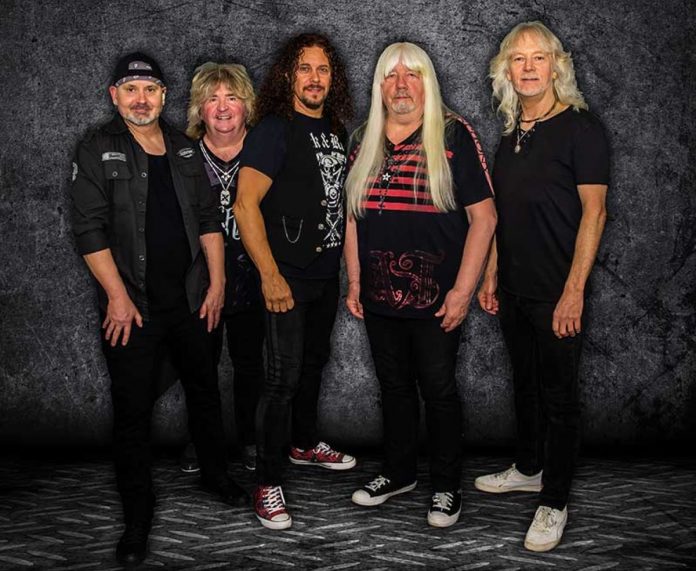 Legendary 70s rock band Sweet has postponed their pre-Christmas UK Tour to 2021 but the good news is the have also added dates in Birmingham (2 Dec), Bexhill (4 Dec) and Nottingham (19 Dec). Plus, although following the closure of the Salisbury City Hall  a concert will now take place at Southampton 1865 on Friday 26th November.

The 16-date nationwide tour will start on 25th November 2021 in Brighton and end on 20th December in Bury St Edmunds. Special guests on the tour are the popular Thin Lizzy tribute band Limehouse Lizzy.

An influence on bands sich as KISS, Mötley Crüe and Def Leppard, whose Joe Elliot said: “This is the band I wish I had been in,” Sweet continue to tour and perform to sell out audiences around the globe with over 55 million records sold worldwide and 34 number 1 hits worldwide.

By the early 70s The Sweet were among the hottest tickets in town with a string of top ten records in the UK and Europe including ‘Blockbuster’, ‘Hellraiser’, ’Ballroom Blitz’, ‘Teenage Rampage’ and ‘The Sixteens’.

In 1975 the USA had discovered the band with ‘Fox On The Run’ hitting the number 3 spot in the Billboard 100. Another self-penned hit ‘Action’ followed in 1976 firmly establishing Sweet in the US charts.

On the face of it they were primarily a singles band, however, with the landmark albums including Desolation Boulevard (1975) and Give Us A Wink (1976), the band showed a much harder rocking band. The album Level Headed, released in 1978, brought with it another award winning million-selling worldwide hit with ‘Love Is Like Oxygen’ written by Andy Scott.

The Sweet still tour the world extensively with one of the most dynamic and slick live shows on the circuit. 1968 to 2020, 52 years and counting of hellraising, star chasing, trail blazing. The Sweet continue to walk loud and proud in the rock and roll universe, you might have to wait until 2021 now but make sure you do!