The Allman Betts Band Debut Down to the River 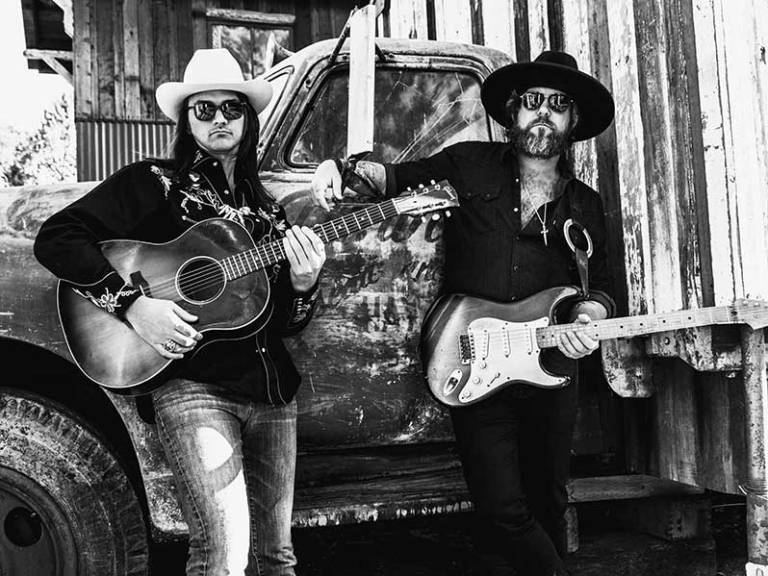 Sons of The Allman Brothers Devon Allman and Duane Betts having played together in recent years have now officially united under The Allman Betts Band, and following the release of their first single ‘All Night’ deliver  their debut album together Down To The River.

Down To The River was recorded at Muscle Shoals Sound Studio in Muscle Shoals, in Alabama, USA where it was produced by the Grammy Award winning Matt Ross-Spang (Jason Isbell, Margo Price, John Prine and Elvis Presley).

Tracks featured are ‘All Night’, ‘Shinin’’, ‘Try’, ‘Down To The River’, ‘Autumn Breeze’, ‘Good Ol Days’, ‘Melodies Are Memories’, ‘Southern Accents’ and ‘Long Gone’. The record is out right now digitally and will be available on CD and vinyl as of Friday 12tth July through BMG.

Having played sold out show over in the USA, The Allman Betts Band returns for a trek round Europe where they will put in two appearances in the UK. The first will be a festival appearance at the Ramblin’ Man Fair, Maidstone on Saturday 20th July, followed by a headline date at the Shepherd’s Bush Empire in London on Saturday 3rd August.