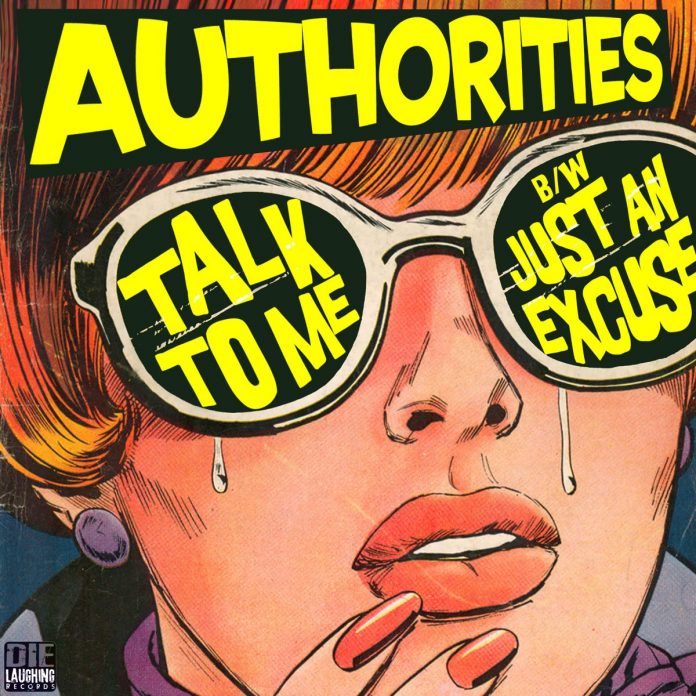 Back in late ‘78 The Authorities reared their collective punky head in Stockton, California and played live for the first time in February the following year.

I took until 1982 to debut with their Soundtrack for Trouble EP, on Selecta Record Operations in 1982, with tracks subsequently appearing on assorted punk rock compilations.

In 2010, The Authorities played the All Tomorrow’s Parties Festival in Minehead, England, and assorted festivals and touring dates through the USA, UK and Europe since; leaving a bloody trail of blown eardrums, busted heads and reviving interest in a long-running band that refuses to stay buried.

They’re now back with new music, that represents the band’s first work since the addition of new members Philly Roach (bass) and Morgan Farrell (guitar). Recorded at Kick Rox studios in Vancouver, BC, Canada a two-track EP featuring ‘Talk To Me‘ and ‘Just An Excuse‘, is out now on Die Laughing Records

You can stream/buy ‘Talk To Me’ here and ‘Just An Excuse’ here.