The One Hundred release ‘Subculture’ 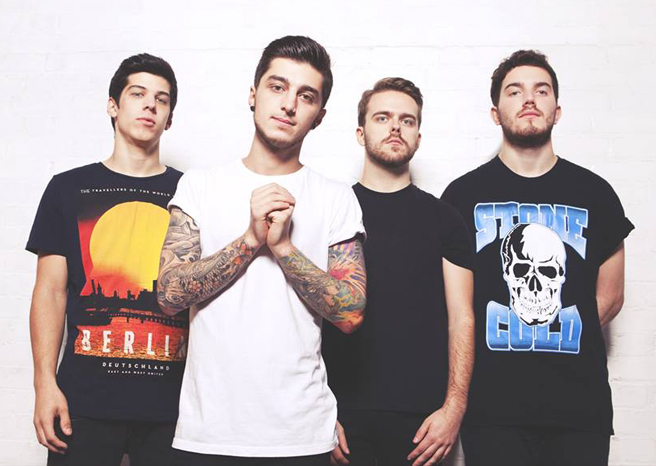 Judge for yourself with the video below, however we know that this is a band climbing up the ladder. They mix many genres, they don’t take life too seriously, they are just out to have a good time with fellow music fans across the UK, and when they reach that point on the ladder, the world!

Whilst the quaintly of gigs they have played is limited, the quality is extremely high – having this summer played at various locations and festivals including: Sonisphere, Hevy and Merthyr Rocks as well as being hand-picked to open for bands such as Crossfaith. The One Hundred continue their live assault on the UK throughout November and December on the road with Hacktivist as part of the Download Freezes Over tour. Full list of dates below.

Media reaction to the band has been widespread, ‘Downfall’, the bands current single initially picked up support from Dan P. Carter on the BBC Radio 1 Rock Show before going on to be championed by Zane Lowe, awarding the track the coveted ‘Next Hype’; also placing the band in the ‘future Radio 1’ category. Subculture is available to buy via the usual places.