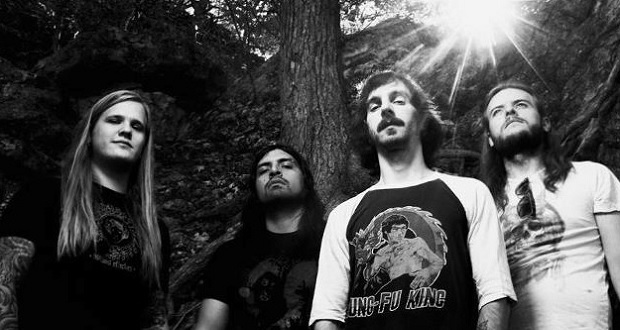 From their 2006 début album Age Of Winters to 2015’s High Country, Texas heavy metal act The Sword have moved from strength to strength over the course of their ten years of activity in the music industry.

Historically, the band have shared the stage with the likes of Lamb Of God and Clutch and were hand-picked by Metallica to support them on a global tour. They’ve also seen their music reach Hollywood; Their track ‘Celestial Body’ featured in the 2009 supernatural comedy flick ‘Jennifer’s Body’, which starred Megan Fox as a possessed, hot-blooded cheerleader with an appetite for her classmates’ flesh.

The band are now scheduled to release Greetings From.., a live album that spans the full length of their career, promising to deliver a “seamlessly crafted cocktail” of their music over the years. The album has been recorded and produced by bassist Bryan Richie, and is expected to hit physical and online stores in early May.

Check out the track ‘Maiden, Mother & Crone’ below, taken from the live album: