The Three Tremors, Solo & in the UK! 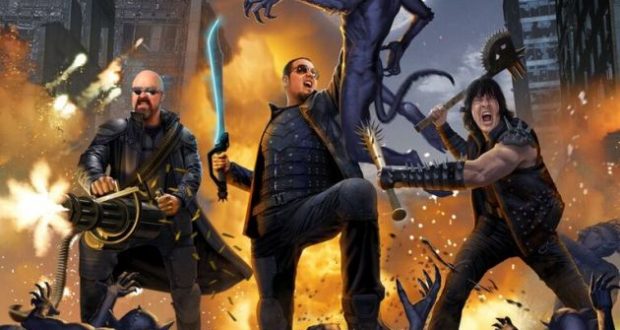 Those voices of metal, The Three Tremors, releasea 3-disc digipak through Steel Cartel Records where each of the singers perform their debut album alone, adding their individual stylings and nuances to all 12 tracks, and announce their first ever UK dates for this coming February.

“We each sang and recorded the entire album and so much great material got left on the cutting room floor because of how we pieced together the original release. I felt we had a really cool product that we could put together and I started working with Dave Garcia to mix them and assemble them. We contacted the artist and had him paint some incredible cover art to match the ferocity of the recordings,” said Peck.

Tracks featured on each of the records are: ‘Invaders From The Sky’, ‘Bullets For The Damned’, ‘When The Last Scream Fades’, ‘Wrath Of Asgard’, ‘The Cause’, ‘King Of The Monsters’, ‘The Pit Shows No Mercy’, ‘Sonic Suicide’, ‘Fly Or Die’, ‘Lust Of The Blade’, ‘Speed To Burn’ and ‘The Three Tremors’.

The bonus live tracks featured are ‘Invaders From The Sky’, ‘When the Last Scream Fades’ and ‘The Three Tremors’.

“Everyone each had their own amazing version of the album and I was hoping we would find a way to get them released and now here they are.” Reflected Owens.

“This is a really cool, unique product that as a metal fan myself would want to have,” said Conklin. “The different approach we each took to the songs makes each version really fresh and interesting. Each guy really did a great job and it is definitely a trip the metal fan is going to enjoy.”

The Three Tremors – The Solo Versions can be ordered by clicking here. Individually the versions by Conklin,  Owen and  Peck are available on Soundcloud.

Commenting on their forthcoming touring commitments, including the UK, Peck said: “The album has been out for a while now, so people are more familiar with us as a band and the songs. We are following it up with the solo releases now so these new shows will be supporting that release.

“We will have some really radical new merchandise to go along with it, which I cannot wait to see. I love it that we are playing live again and bringing this one of a kind metal experience to new cities as we expand our reach and get back to pounding the anvil!” 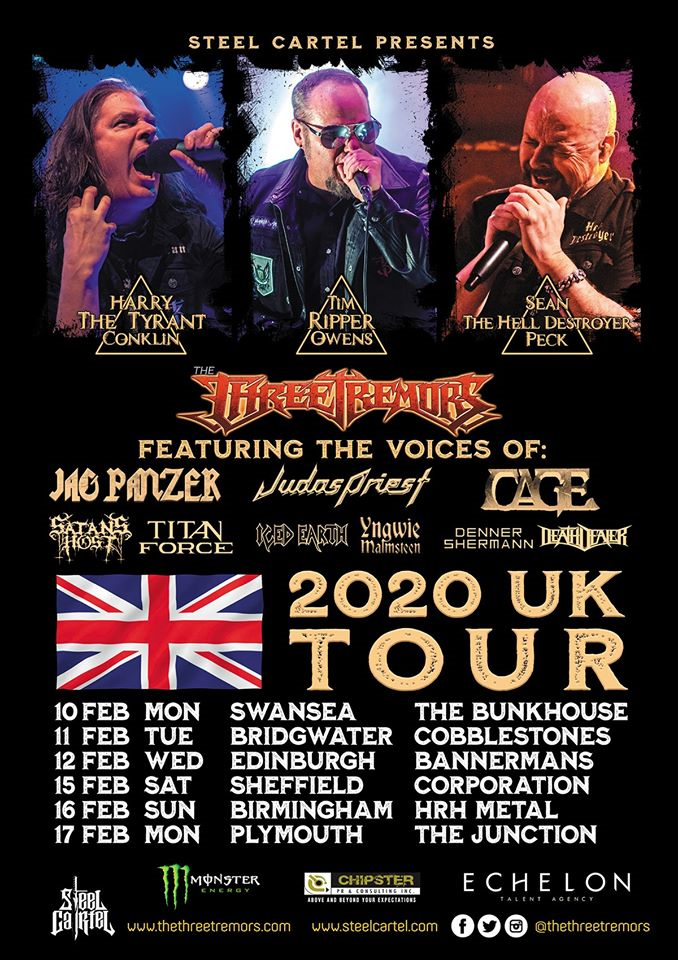