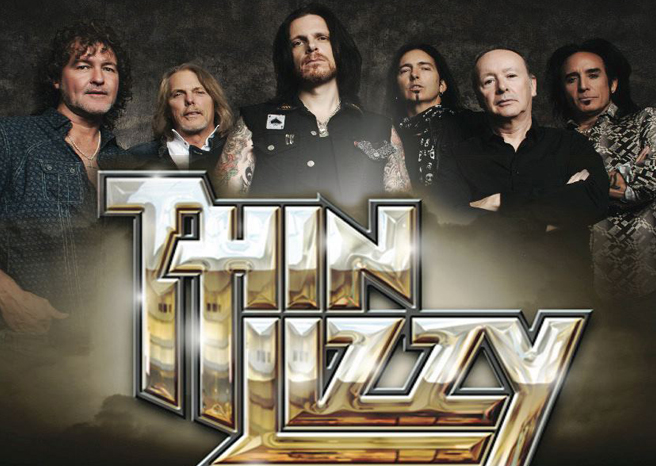 Thin Lizzy are to release a new album under a different band name.

“Out of respect to Phil Lynott and the legacy he created, we have decided that we should not release a new album under the Thin Lizzy name. It was a very difficult decision as we put a lot of time and effort into re-building the Thin Lizzy brand over recent years.  Releasing a new album was the only way to continue this success. We all know how much Phil meant to this band and the fans. We have written 20 songs that we all feel very strongly do the band and Thin Lizzy name credit.  We believe Phil would have been proud of them.  We always knew a new record was a touchy subject with some people and as such really want the quality of these songs to be heard by everyone without any judgment or prejudice. To that end, we have decided not to release these songs under the name Thin Lizzy.  We want to thank everyone for their support and encouragement over the years and to all our fans.  We will release this material soon and you will be hearing some great new music with the classic Thin Lizzy sound intact.  We will announce future plans early in the new year.”

“Our plan always was to put out new music to keep the name Thin Lizzy alive and fresh with all the band’s fans – old and new. Nobody respects Phil as much as I do and singing his songs for the past 2 years has been an incredible honor and something I will never forget. Our plan was to always keep the band on top of their game, with great shows and great production to honor all that was Phil Lynott and his iconic body of work.

Without a new album to gain new press and keep the momentum we have built up over the past two years, we are worried the Thin Lizzy brand and all it stands for will diminish to a point we would never want to see.  Therefore our regular touring as Thin Lizzy will cease at the end of this year after our European tour. I do want to stress that this does not necessarily mean we will never play together again as Thin Lizzy. If there are options for other parts of the World, in territories that this line up has never visited then, we may still play odd shows in 2013 and beyond if people want to see us.”