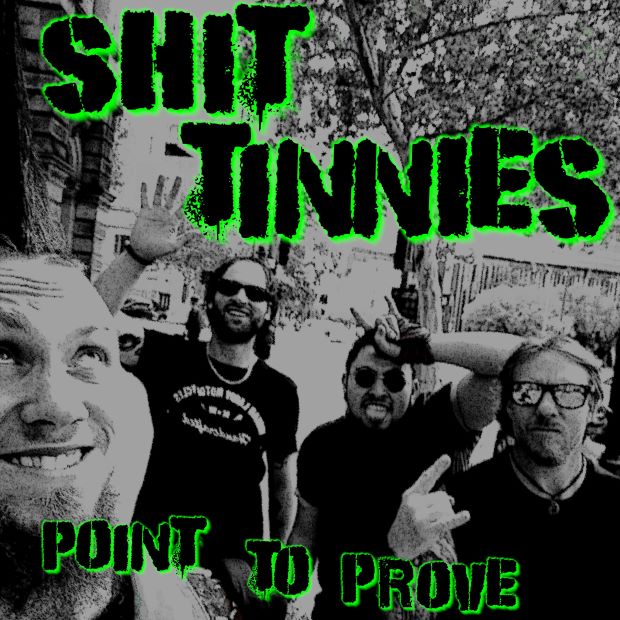 Exploding onto the Sydney scene back in 2018, The Shit Tinnies has proved to be whirlwind of punk rock, ska, hip-hop and everything in between, while being a barrel of laughs every show. They’ve just released their new single ‘Point to Prove’ via Riot Records, the follow up to their recent single ‘Town’.

‘Point to Prove’ is an edgy 70’s punk track with both metal and ska overtones, boosted by a truck load of attitude. It is taken from their upcoming second EP, their first having been recorded in a shed!

Even though they are based in Australia, The Shit Tinnies introduce themselves to the dim-lit room of half-cut punters as “The Kiwi, the Brit, the Serb and the Canadian”, it’s impossible to mistake them for another band. From the Brit’s gigantic Mohawk hair to the Serb’s Adidas sneakers, the Kiwi’s denim and piercings to the Canadian’s sleeves of tattoos.

Starting out as a conversation between buddies James Moore and Braydin Toiah “Hey, why don’t we start a punk band and play some gigs?”. Joined soon after by Stefan Radulovic on bass and Ryan Powers on drums, they began a cycle of song-writing, rehearsal, and relentless partying, before taking the stage bleary-eyed in 2018, and since gigged incessantly before embarking on their first Australian tour.

You can purchase ‘Point to Prove’ here and watch the videos to it and  previous single ‘Town’ right here at RAMzine.