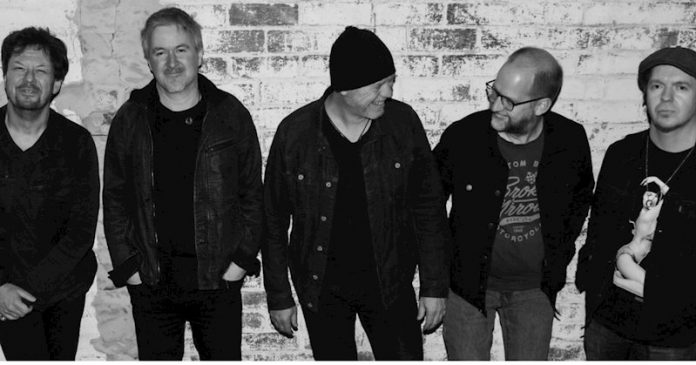 “When Horsehead were starting out, Baby Animals were the biggest band in the land,” Andy says. “We were lucky enough to do some shows with them and as soon as I saw Dave on stage, I thought, ‘What a mighty player – who wouldn’t want to be in a band with him?’ And here we are, in 2021, and our stars aligned.”

The duo settled on the name Truck to symbolise their big, powerful classic driving rock sound.

Dave heard about the band via the Baby Animals sound guy Ricki Rae. “I had this awesome band in the studio,” Ricki told Dave. “It’s old-school rock – you would love it.”

The single was mixed by the legendary Kevin Shirley who has worked with huge names such as Aerosmith, Baby Animals, Cold Chisel, Led Zeppelin and Silverchair, and ios the first single from Truck’s debut EP, Lighthill, which will be released early 2022 via Reckless Records.

The message behind ‘Make Hay’ couldn’t be simpler, No matter what shit is happening in your life, a great rock song and a great rock band can save you.

“I make hay while the sun shines every day,” Andy sings. “And I sway when the shit comes flying my way.”

“It’s easy to write aggressive, angry rock songs,” Andy notes. “But there seems to be a real positive vibe to ‘Make Hay’. And as we come out of the fog of COVID, a feeling like that seems appropriate.”

Musically, ‘Make Hay’ is a nod to classic bands like Steppenwolf. Andy smiles when he’s reminded of a Schulz cartoon; When you’re feeling down, put on some ’70s music.