The Drippers peal one off on Scandinavian Thunder 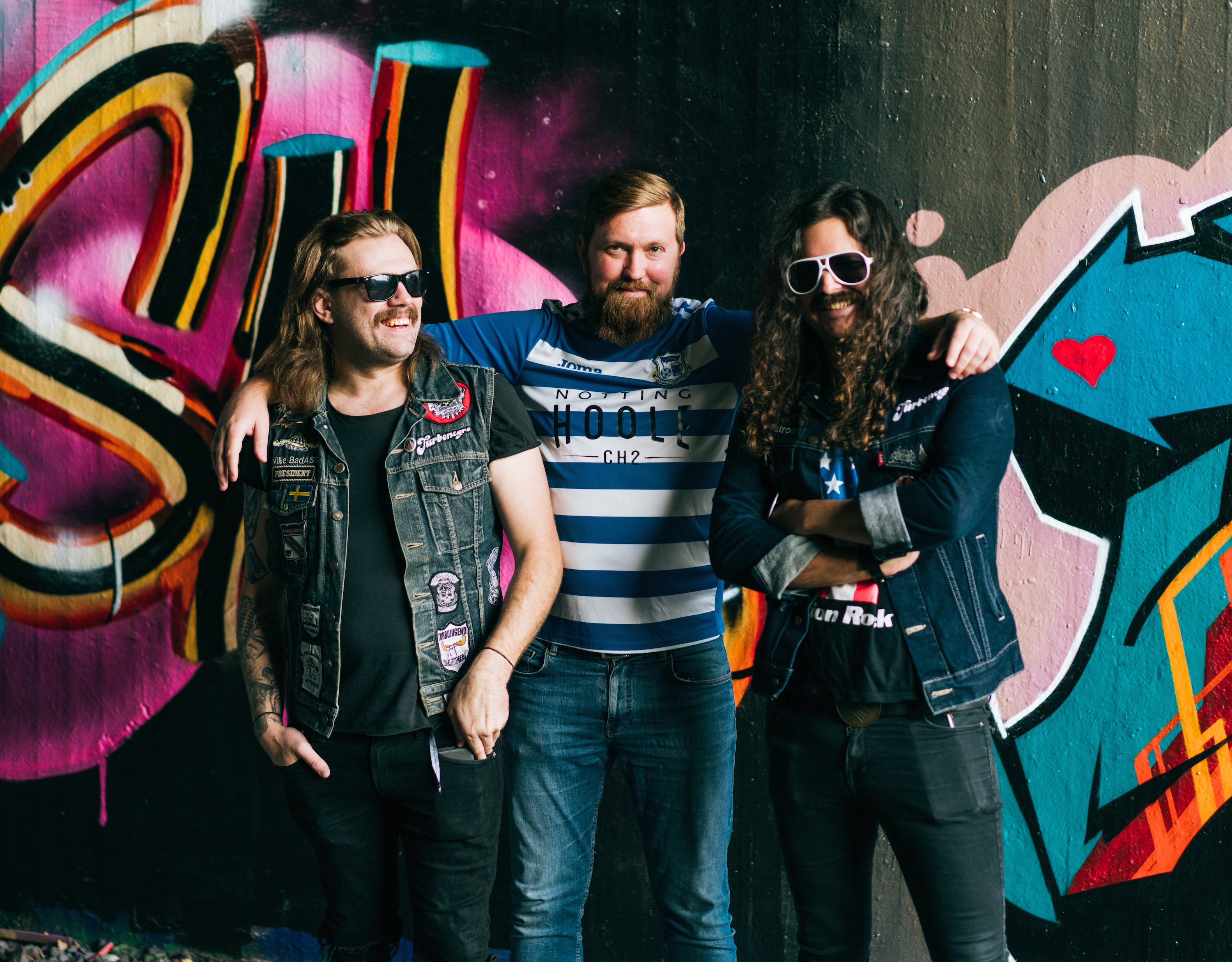 On their last album, I suggested The Drippers were “good old Scandi rock with a bit of MC5 thrown in” on the debut Action Rock (see RAMzine Issue 24) and, on their new album, Scandinavian Thunder that holds true but with added attitude, fun and unfettered rocking. They also have the knack of packing a lot of rock into these eleven new songs and the thirty-four minutes duration.

There’s no doubt that the quality punk of opener, ‘5 Day Blues (2 Day Boogie)’, sets the scene nicely as the middle section, complete with a neat guitar solo, shows their heavy rock credentials are also still in place. ‘Overload’, with its motorbike revving beginning is a big nod to Motörhead. Then, ‘No Stars’ is glam rock with a punk edge.

“Racing Down a Dead End’ brings that clever punk style to Priestly riffing.  ‘Dräparshuffle’ is, according to google anyway, best translated as ‘slay shuffle’ or perhaps better explained by their muscle shirt design they describe thus: “Dräpar-Rock design with Christer Pettersson (who was famously convicted and then freed for the murder of Olof Palme in 1986).  Regardless, it’s another good time, fast-paced rocker a la Lemmy and co.

Get your thumbs in your jeans belt loops for a ‘Shit Island Showdown’ which (apart from a great title) has that 70s pock/rock groove with, of course, the punked-up pace and vocals. Closer, ‘Feel The Darkness’ round it off with another memorable rocker that, with its sing-a-long possibilities.

The Drippers have delivered another quality string of rock with the punk edges and garage feel that MC5 always brought to the table. This is a melange that works so well and, if you like your rock short, sharp, heavy and edgy, then this will go down very well indeed.

Scandinavian Thunder is out now on The Sign Records