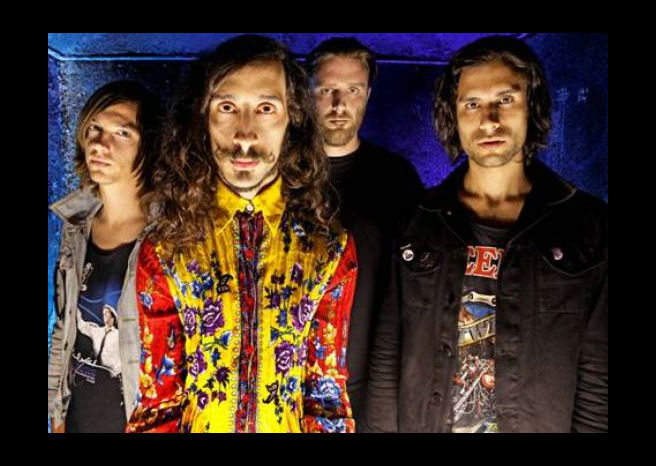 Bristol based riff lords Turbowolf have announced they will be releasing a new limited edition vinyl EP of covers on October 8th. The EP, entitled ‘Covers EP Vol. 1’ will contain four classic tracks transformed by the band’s signature weirdo style.

To add to this, the band are coinciding the release with an extensive UK headlining tour that will carry them to almost every corner of the British Iles.

The EP takes a broad range of musical styles and eras, and morphs them into a sound that could only be from the minds of Turbowolf. From a grimed-up ‘Somebody To Love’ by Jefferson Airplane, to a doomy take on MGMT’s ‘Electric Feel’, the four tracks combine already exceptional song writing with the unparalleled energy and innovation of Turbowolf.

Turbowolf seem to have pulled out all the stops with this new EP. All four songs have been put through a rigorous transformation process that has taken them from the classics they once were to mere shadows of their former selves. From a grimed-up ‘Somebody To Love’ by Jefferson Airplane, to a doomy take on MGMT’s ‘Electric Feel’, this EP is brimming with the unparalleled creativity that could only come from Turbowolf

Track listing for the EP, due out on Hassle Records, is as follows:

1. See Through Head (The Hives)

4. Somebody To Love (Jefferson Airplane / The Great Society)

Be sure to catch the band in their element; blowing minds, nailing riffs and causing chaos. Tour dates as follows:

Check out their cover of Captain Caveman (Lightning Bolt) here: