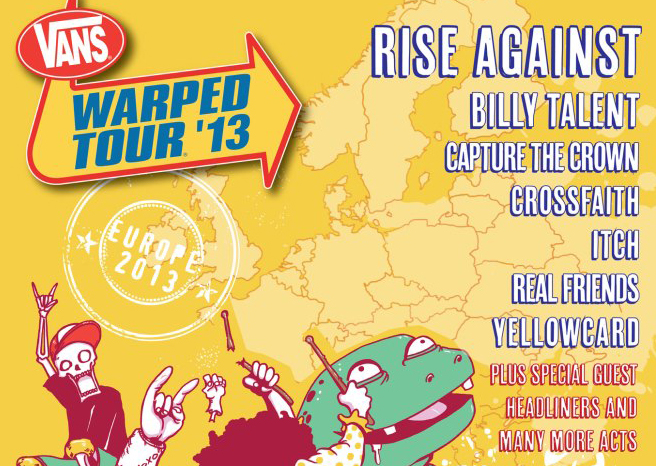 Vans Warped Tour (UK) have added a bunch of new bands, including  new headlining acts, to the 2013 edition of the tour.

Organisers have revealed that British boys, Enter Shikari, and Australia’s finest, Parkway Drive, will appear as headliners at this year’s festival.

“We’re chomping at the proverbial bit for Warped Tour UK. Its an honour to even play let alone headline! and being able to experience that Warped Tour vibe and not have to be crammed into a 400 ton cylindrical object 36,000 feet above the ground for 9 hours is great!”

“We are unbelievably excited and honoured to be part of Warped Tour UK 2013! Warped Tour has been a massive part of this band’s lives from before Parkway even existed so to be kicking it in the UK with such an amazing line-up is going to be mental!”

Joining the band’s as additions to the line-up include Escape The Fate, Blood Command, Cytota, Hacktivist, Ghost Town and Neck Deep. Check out the complete line-up poster below! 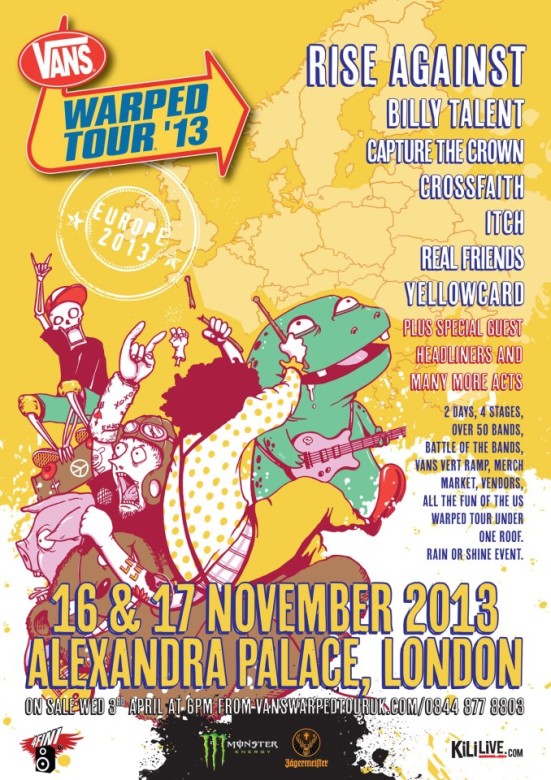