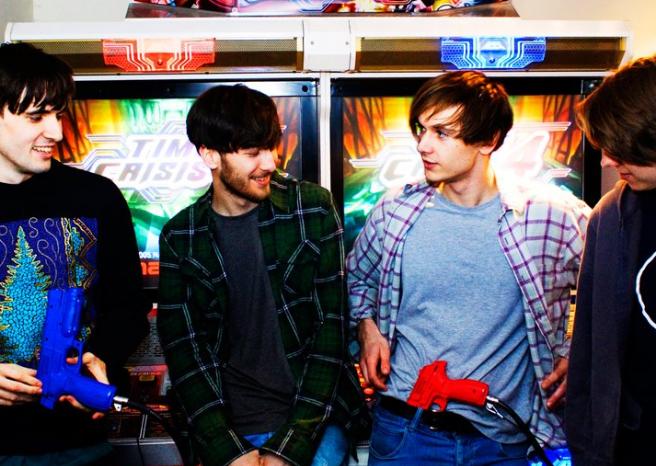 Space rockers, Tripwires, have revealed a brand new video for their track, Shimmer.

The song is taken from the band’s debut album entitled Spacehopper which was released earlier this month. Vocalist and guitarist Rhys Edwards commented on the band’s original ideas for the new video:

“We really liked the idea of building a room out of tin foil, but somewhere down the line we got bored of that. We then decided to get a load of people to come down and rollerskate around the set. That was a lot less lonely, and a lot more fun.”