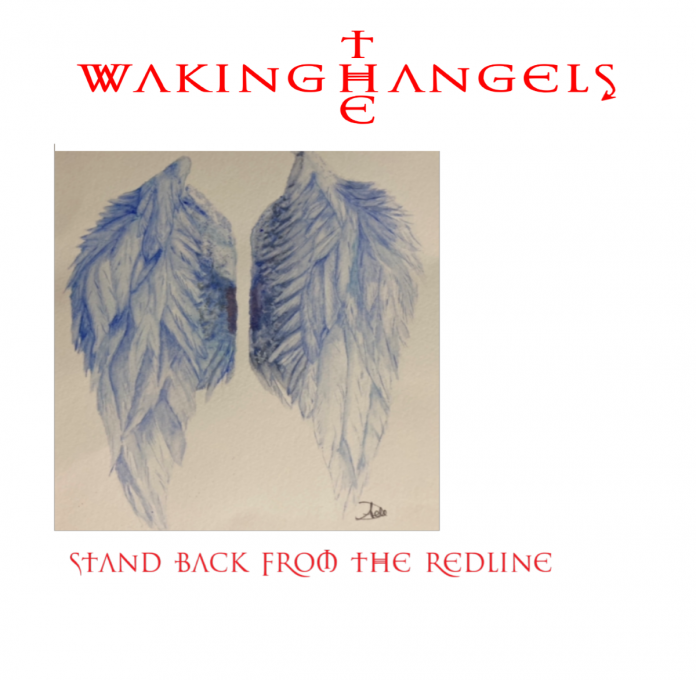 New English rock band Waking The Angels step out under the limelight with the release of their new single ‘Stand Back From The Redline’ when released on Friday 21st January via CDBaby.

The single will be available on all streaming platforms and accompanied by a music video that will be released the same day.

Featuring a line-up of Mike Deeley (Vocals), Greg Dean (Guitars), Paul Bateman (Bass) and Greg (Rozzy) Ison (Drums), ‘Stand Back From The Redline’ is the lead song from the lads’ upcoming limited run extended player– The Redline EP – where only 100 copies will be made available. This will then be followed later in the year, with the release of their debut album.

“’Stand Back From The Redline’ was written between Paul, Mike and Greg.,” declared the band. “Paul hit upon the initial verse riff and Greg loved it. Then Paul had the idea for a title and Greg turned that into the chorus with lyrics and music and added a part to the middle. Mike weaved his magic and wrote lyrics for the rest of the song. Greg ‘Rozzy’ Ison gave us a fantastic ‘urgent’ drum beat to give the song the moody groove that makes it an all-round killer song. A team effort and fun from end to end.”

The forthcoming album has already been recorded at M2 (Madhat) Studios using the same team responsible for Magnum’s recordings and features 12 brand new songs plus a cover of the Chris Cornell song ‘You Know My Name’ from the James Bond movie Casino Royale, that was released back in December 2021 as the band’s first single.

On Saturday 29th January 2022, Waking The Angels will play a launch party at Cannock’s Station with their first headline show. The band are said to bed excited to be able to go and play their songs in front of an audience.