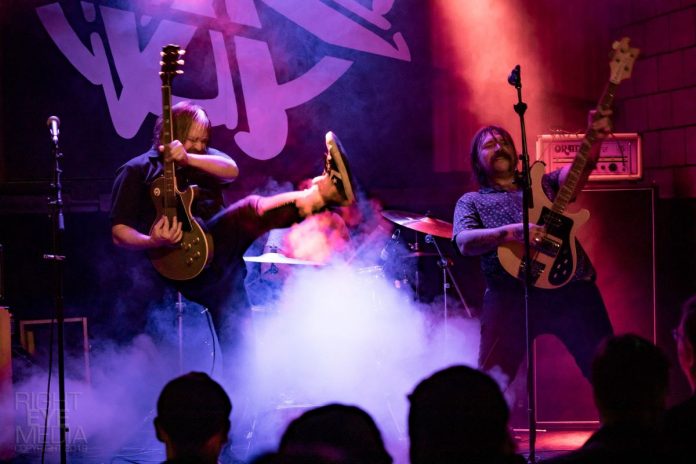 Hailing from Geelong, Australia Warped  is a 3-piece band that have been around the traps for 30 years. The respected veterans signed a deal with Golden Robot Records last year, releasing the single ‘Raised By Goats’ at the tail-end of the year. They now follow that up ‘Match Fit’ that will be out as of 18th May.

‘Match Fit’ is a high-energy anthem that contains lyrics such as “match fit for rock and roll, the doctor told me so”. Whereas, ‘Raised by Goats’ was a tongue in cheek lyrics about cults and urban myth conspiracy theories.

Barely into high school, Ben Watkins (Guitar) with his childhood accomplice in hi-jinx, Cris Wilson (Drums), formed Warped in their hometown of Geelong. These days featuring a certain “Sammy” on bass, their last album was 2018’s Bolt From The Blue. In their time, they’ve shared stages with the likes The Melvins, Fu Manchu, Wayne Kramer, Dinosaur Jr and The Dwarves.

You can stream/buy ‘Raised By Goats’ here and ‘Match Fit’ here.