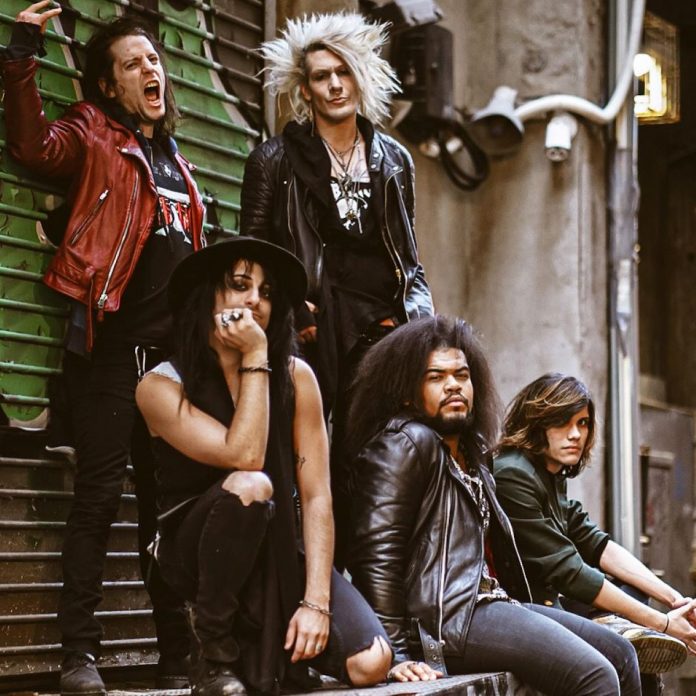 America’s Wildstreet release ‘Mother’ – Described as a “seven minute psychological thriller that uses a horror-influenced metaphor to paint a picture of the depths in the main characters’ madness, which she insists is her mother’s doing.

A must hear for fans of Alice In Chains,  Soundgarden  & Avenged Sevenfold. apparently, and it’s available here.

Wildstreet began in 2006 and three years later released their self-titled debut album on Retrospect Records. Spending the next four years touring nonstop and performing at US festivals on bills with the likes of Twisted Sister, Michael Monroe, LA Guns and Avenged Sevenfold.

Come 2011, they released Wildstreet II..Faster..Louder!, appeared on The Jimmy Fallon Show and had their songs licensed to TV shows and on video games. The following year they released the single ‘Easy Does It’, and its official music video went viral on YouTube with well-over 5 million views and nearly 8,000 subscribers on that platform.

Taking a two-and-a-half year break, the band returned in 2016 with a new line-up, the following year’s ‘Raise Hell’ single coming out the following year, touring regularly until the pandemic took hold with their last three singles, ‘Tennessee Cocaine’, ‘Three Way Ride’ and ‘Born To Be’ receiving over 200,000 Spotify streams & their last two music videos over 100,00 YouTube views.

More recently they released the singles ‘Set It Off’ (still available here) and traded in their usual hard rock guitars for acoustic instruments for ‘Still Love You’, though there’s a “Prince-inspired” guitar solo to end this song that reflects optimistically on lost love and heartache.

You can watch videos to some of these right here at RAMzine.

The songs will all featured on their next album, Wildstreet III, due from Golden Robt Records in 2021, and pandemic permitting, so will festival dates in the UK, Mexico, Colombia, Europe and USA, as part of their Kings Of World Tour.