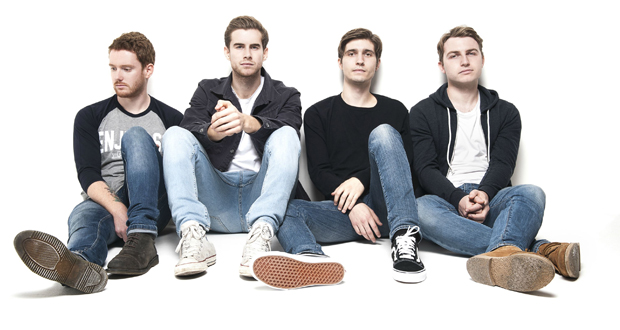 Earlier this week We Are The Ocean‘s new track ‘Ark’ was premiered on Zane Lowe’s ‘Hottest Record in the World’ on BBC Radio 1. The record is far progressed from the days of ‘Nothing Good Has Happened Yet’. It is nice to see them with this almost stadium sound now. They kinda sound like Muse. But boys and girls, there is nothing wrong with a band changing, growing, and progressing. As is life. Watch the Official Lyric Video for ‘Ark’ below.

‘ARK’ is said to be very much a continuation of the second era of We Are The Ocean, with Liam Cromby flexing his vocal talents fronting the band once again, joined by Alfie Sculley on lead guitar, Jack Spence on bass and Tom Whittaker on drums. With strings from critically acclaimed composer Simon Dobson (Madness, King Blues) and recorded once again with Peter Miles who recorded their previous two albums (Go Now and Live & Maybe Today, Maybe Tomorrow).

You can now also catch them live this month! The band have said they will play the classic as well as the new. Joining them on the road will be Kerrang ‘Best British Newcomer’ award nominated Decade along with Newcastle foursome, Boy Jumps Ship.

Tagged with: ark we are the ocean

Upon releasing their new EP, A Forest, today – metal masters Behemoth have treated us ...