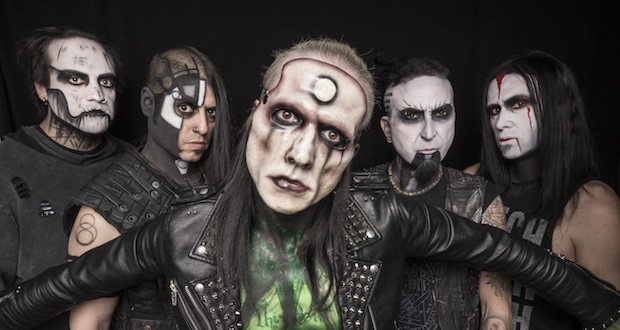 The Duke of Spook, Wednesday 13 has released a lyric video for the track ‘Hearse’, latest single taken from his current album Necrophaze.

Wednesday 13 had this to say about the track:

The heaviest track on the record, and maybe the heaviest track of my musical career…‘The Hearse’ is a beast, with the double kick drum mania provided by drummer Kyle Castronovo. I’m a big fan of the movie ‘Christine.’ I wanted to write a song about a haunted car, so this was inspired by that, mixed with the old rhyme from the ‘Scary Stories To Tell In The Dark’ book.”

As all touring plans are postponed for there foreseeable, Wednesday 13 is planning on returning to the road later in the year.

The album Necrophaze is available now via Nuclear Blast.