Ink is still settling on the deal between horror-punk superstar Wednesday 13 and Nuclear Blast Entertainment.

This co-insides with 13’s seventh solo studio album Condolences which is released on June 2nd.

Wednesday himself had this to say about the signing:

“We’re so excited to finally announce that we have signed with Nuclear Blast Entertainment!  It’s an honour for us to be on the roster among so many other great bands and friends. Thanks to Nuclear Blast for giving us the opportunity and our fans for your undying support.  We’re looking forward to many more years of this with all of you.”

Check out this track from Wednesday 13’s last album:

Wednesday 13 is soon to embark on tour alongside his country-outlaw side project Bourbon Crow dubbed the ‘Undead and Unplugged’ tour. This involves 13 playing some of his favourite and best-loved songs acoustically.

Tour dates are below:

Wednesday 13 will also headline the Dogtooth stage at Download on Saturday June 10th. 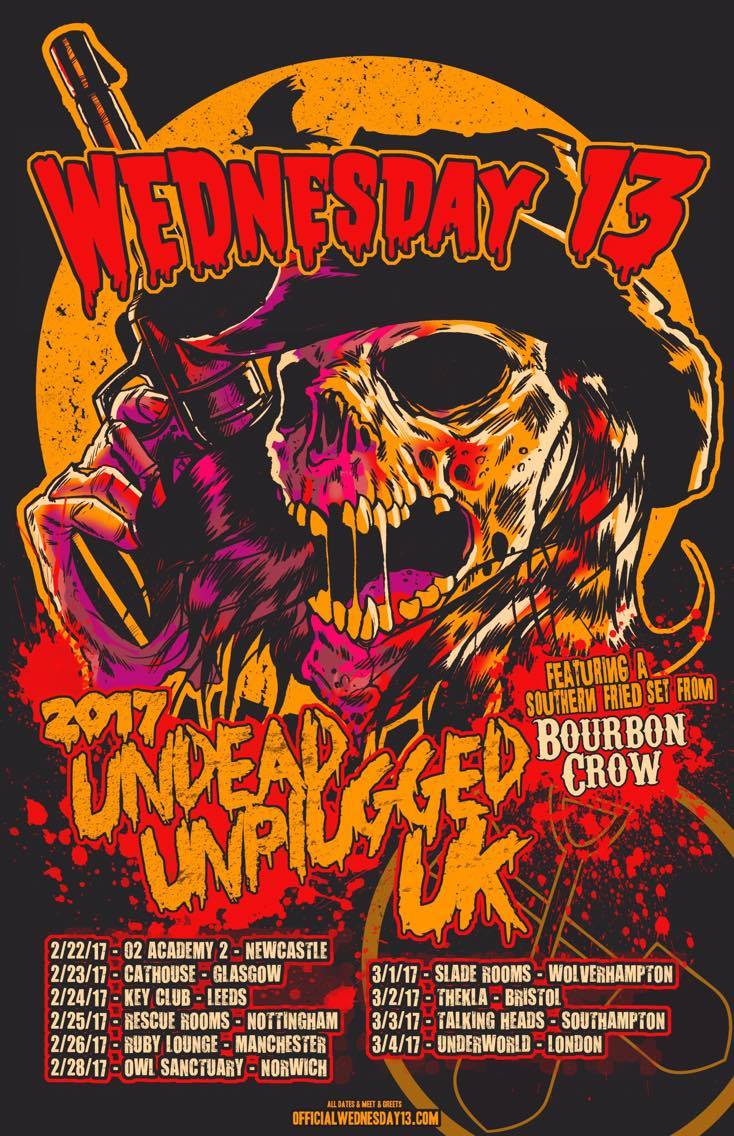 Check out what we thought of Wednesday 13 last time he played London here.

When asked about revisiting Murderdolls and Frankenstein Drag Queens, Wednesday 13 said “Never say never” check out what else he said in the full interview here.