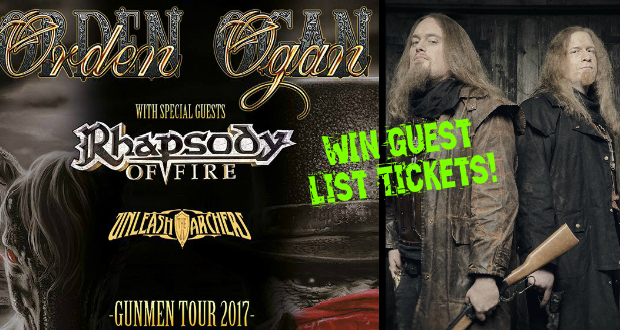 It’s competition time! WIN a pair of tickets to see German melodic power metal band Orden Ogan with support from Rhapsody of Fire in either London or Manchester, + a CD/DVD bundle.

Orden Ogan’s  fifth studio album Gunmen has been described as “their heaviest but at the same time also most melodic piece of work”, the album has recently been released through AFM Records. The band will now embark on a European Tour in support of the album, see full dates listed below. 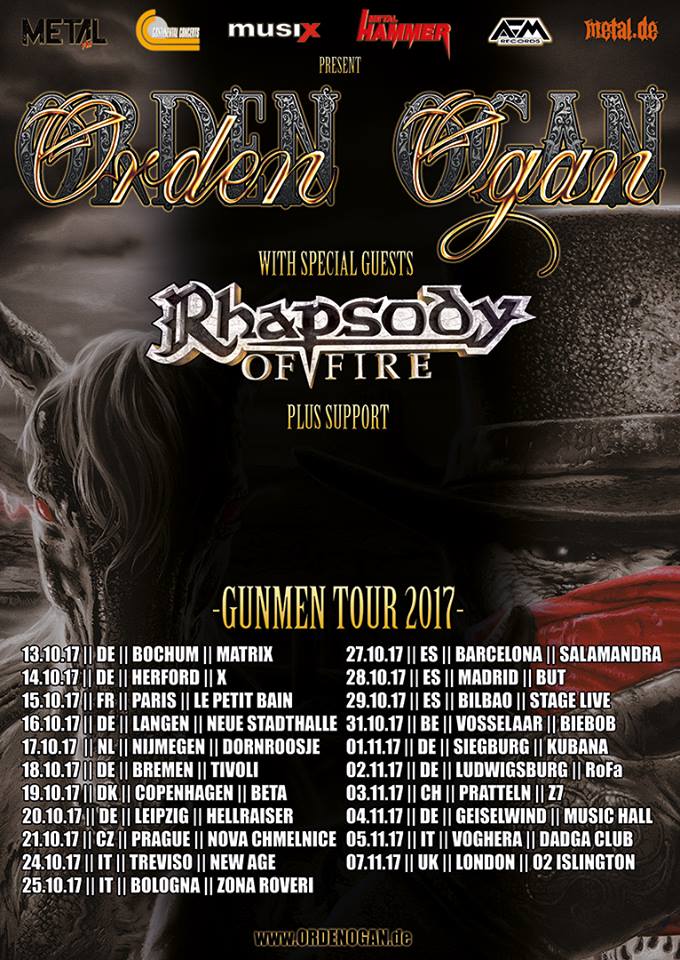