Wolfsnachte Tour is coming to the UK 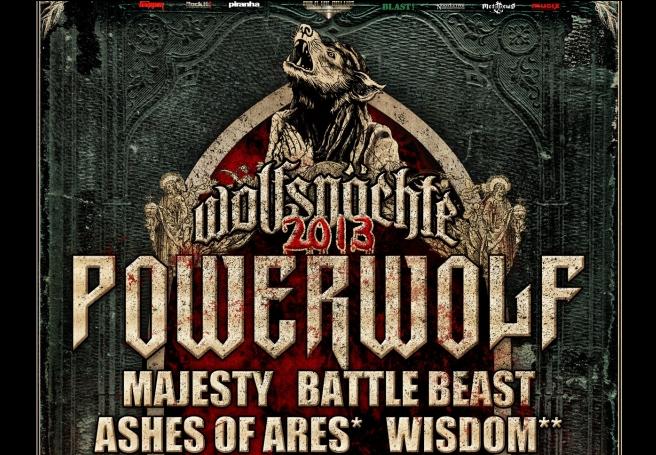 This year’s Wolfsnachte tour has announced a one off UK date in London.

The tour featuring headliners Powerwolf alongside  Majesty, Battle Beast and Ashes of Ares will be at the London Underworld on September 27th before heading back to the continent.

Tickets will be available from here.

This show will be Battle Beast’s first UK show with new vocalist Noora Louhimo following the release of their new self-titled album on May 20th.

Check out a studio report from the band below!