A Life Divided by Addiction 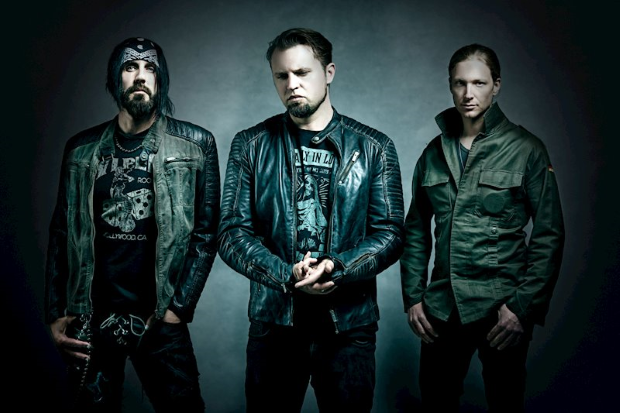 “It was during the 80s when we first came into contact with music. At that time, I bought my first Adidas Allround sneakers, let my hair grow and played the songs of my metal heroes on guitar,” recalled Plangger.

Whereas Damköhler was more of a synth-wave fan back then. “That’s how we came up with the idea of mixing our A Life Divided-style with the typical synth-sounds of the 80s,” he said. “Echoes as a result was something completely new: 13 songs that combine our dark alternative rock with the zeitgeist of the 80s.”

“The songs on the new album Echoes revolve around the theme of finiteness and the echo that is left from all of us,” continued Plangger. “Finiteness is threatening when we love and live, but it can also be comforting when we grieve, experience hurt or have been disappointed. But there is always an echo, a quiet reminder, of what was.”

Both ‘Addicted’ and previous single ‘Enemy’ are available on all streaming platforms and in Youtube video format. In fact you can check out the lyric video for ‘Addicted’ right here at RAMzine.