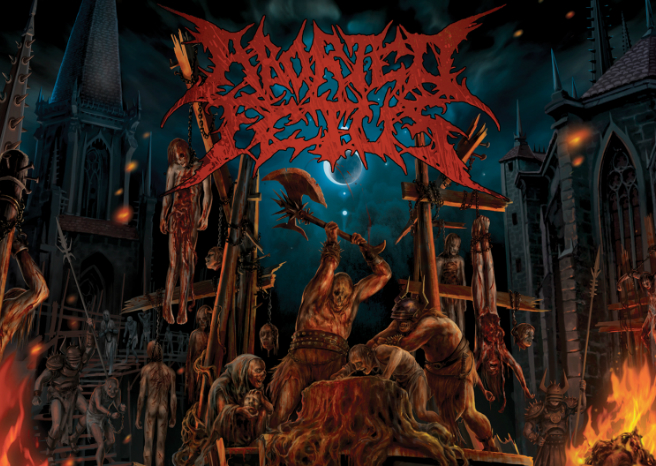 This brutal death army has been throwing out albums left right and center since their formation in 2000. The new album is diverse and packed full of surprises as they possess some grind elements as well as more complex structures so plenty to enjoy here.

This shakes the aural somewhat with unruly terrifying screams and vicious pig squeals that make my heart flutter with delight! Grinding and unmerciful, seething and raw it portrays all that is unholy! One bestial track that presents itself with a high octane onslaught!

Make no mistake – this track will have the blood surging round the veins and likely to cause a blood clot! It is barbarous and methodical in its approach but for me just doesn’t last long enough to engage in its armoury. A typical ‘grind’ trait!

Did I just read that right? Garden of Kidney Stones? You know this one is going to hurt badly and it does! Vibrant and obnoxious it instantly draws you into its venomous magic with full on vocal squealing – can it get any better than this??

F*ck in a Pesthole

Crazy title and one we all know what is about to hit the senses. Outstanding vocal presence without a doubt with more madness to follow in a blinding spiteful frenzy it all happens on this track in abundance. – Listen to this one at the end of the page!

The title track to the album bristles with sinister noises and brutal samples, hideous screams all washed down by a technical drum beat and squally riffs that are ripe for metal ears. May the squeals last an eternity, I could never get sick of this!

If you expect fluffy white clouds and birdsong think again – cos you are listening to the wrong album! This is just as nasty as the title. Sparks fly just as the riffs explode and with a low guttural edge those vocals come raining down in quick fire succession – I just died and went to hell. 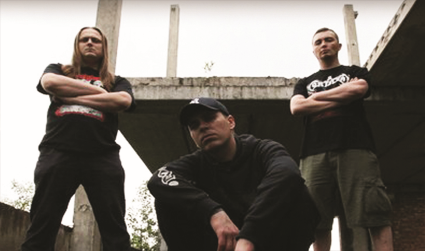 I have to confess – this one is more than just a feast of hideous sounds, if you like your steak rare with blood oozing from it and your fish raw then you have come to the right place, this track will more than whet your appetite.

With ambiance and sinister beginnings come the most gruesome of spoken voice probably raised from the bowels of hell as it delves hastily into a festering madness of putrid ferocity leaving you gore-soaked in more than just blood!

No fluffy little furrie’s here I’m afraid just a grotesque and enthralling venomous onslaught that will leave you questioning your own sanity as you reach for the volume that is already surpassing its limits to engage in further ear bashing!

Squally haunting ferocious lampooning bursts into a festering melee of hard core revelry. Damming brutality from feet that defy science as they slam those pedals with a vocal that Satan would be proud of – brilliant track.

From The Devil Hell, to Aborted Foetus a malingering infestation of gnarly madness and rife rapacious riffs plucked from a simple electric guitar. These guys know how to captivate and enthral and do it to the best of their ability. This striking album will not make you wane from its glory but have you basking in its delights providing you like your metal this way.

Rawer than Sushi, gorier than a murderer’s basement, intensely gratifying and brutally insane it’s Aborted Foetus – from Russia – with love!