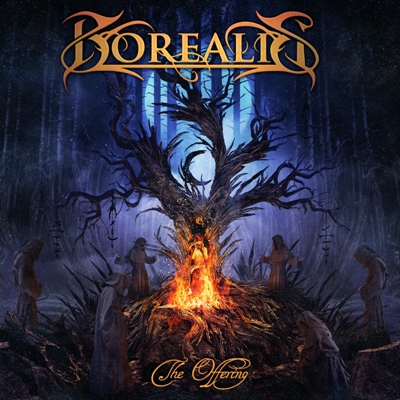 Borealis hail from Canada, The Offering their fourth album. It offers power metal that travels into the bordering hinterlands of symphonic rock and some progressive areas via its instrumental sections.

Self-releasing their debut album World Of Silence in 2008, Borealis they would subsequently tour with the likes of Kamelot, Epica and Sonata Arctica in their homeland. When Fall From Grace was released in 2011 they began playing festivals down south in the USA and across the Atlantic in Europe, while taking in a North American tour supporting Saxon, then another with Evergrey following the release of Purgatory in 2015. Last year their first two albums were revised and brought out by AFM Records who are also behind The Offering which will be officially released on 23rd March, although a lyric video for the song ‘Sign Of No Return‘ is available now and featured here at Ramzine.

The Offering was produced, mixed and mastered by drummer Sean Dowell (which explains the percussion being up in the mix) and also features Matt Marinelli on vocals and guitars, Ken Fobert on guitars, Trevor Mcbride on bass, Sean Werlick on keyboards and was conceived as a concept album.

“The album follows the creation, rise and ultimate demise of a cult who practices human, more specifically child sacrifice. They believe this method of belief, sacrifice and devotion will bring an end to the suffering of humanity, as well as bring back the innocence of mankind that was lost to greed and industrialism,” explained singer Marinelli. “However, due to their lack of respect to powers greater than themselves, they unwittingly create a deity out of the sacrificed kid, whom ultimately delivers punishment due to their injustice. The men in the cult are too self-consumed with their righteous quest, they’ve completely overlooked the fact that children are the true key to restoring and preserving lost innocence.”

The album opens with ‘The Fire Between Us’ as electric guitars embrace broken chords and harmonics, with ominous choral keyboard effects adding a gothic Celt element before leaping towards a melodic guitar featured piece of symphonic rock with instrumental sections.

Single ’Sign Of No Return’ follows and the lyric video that accompanies it is presented here to illuminate readers further of its thematic intent. Following its keyboard intro it begins to rock more; again a melodic hook guitar line leading it through and the battering of drums challenging it. ‘The Offering’ itself may be said to be more of the same but with angrier vocals and so too the rackety barrage of ‘River’ and The Second Son’. As part of a song cycle they may well have their part, but I’m not a fan of pneumatically powered drumming and it’s much in evidence across these tracks, and it’s a preference rather than limitation of style from Dowell as he admirably stretches out and expresses himself on some of the other songs.

Far more affecting are songs like ‘The Devil’s Hand’ that for much of its length is an acoustic ballad with either guest violin or keyboards affecting that sound. Reflective in nature and with a different tonal element it draws the listener in, and its last 50 seconds or so of power metal flow naturally enough.  This is good and overall the momentum pick up from here on. One initially thinks ‘Into The Light’ will be an electric guitar version of the same number but it soon veers between the duck and dive punch of a heavyweight riff and a more contemporary mainstream rock sound with soloing guitar whirring speedily towards its conclusion. Broken chords are applied yet again to begin ‘Scarlet Angel’, but this soon stirs with brooding choral effects into a deep grinding anthem of a number wherein a second female voice heard in its dying moments works well.

An angry voice croons over urgently pitched riffing on ‘The Awakening’ another number that features some appealing prog-style movements while ‘The Path’ is a brief but scorching guitar instrumental that spirals around the fretboard.

‘Forever Lost’ repeats the power metal banging of previous numbers, leaving ‘The Ghosts Of Innocence’ to again offer musical variation with its piano introduction and the rock tune that ensues being empowering and allowing piano and additional keyboards to be present more melodies later as guitars nag and pull and drums again work with the song, plus that female voice again appearing as a welcome feature.

There are tracks you can pick out and enjoy in and of themselves on The Offering whereas it’s devout power metal fans who’ll listen to the album over and again to find appreciation of  its conceptual approach. 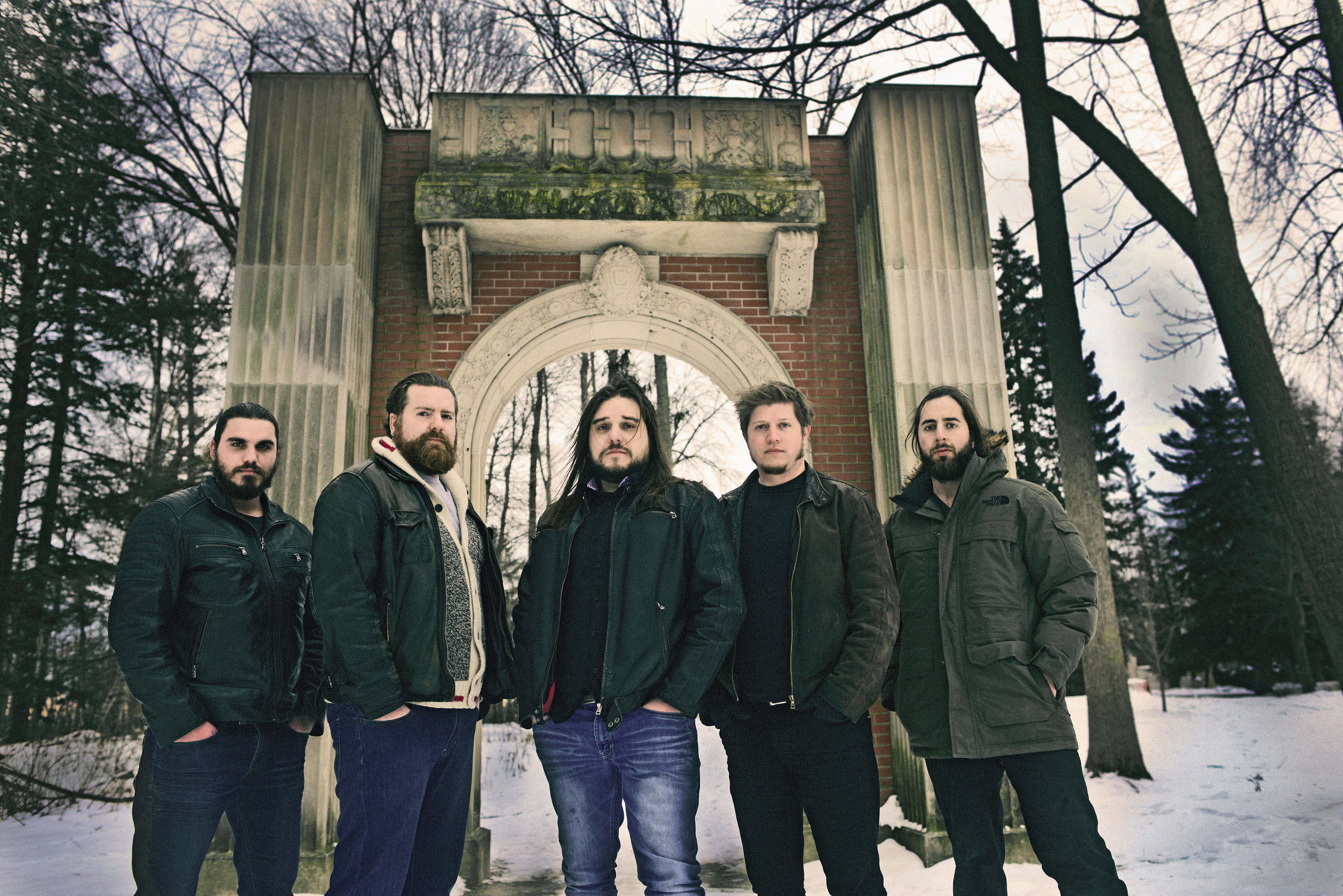