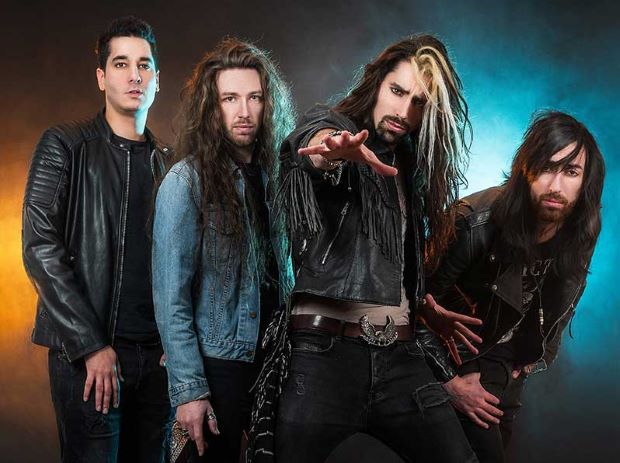 To paraphrase my review of this band’s 4 Shots EP released a while back, they come on like Bon Jovi and Aerosmith but they have more than a little in common with The Eagles, were they more credible and contemporary.

Lead singer and acoustic guitarist Angelo Tristan has a husky rasp that initially reminds you of Nickleback’s Chad Kroeger but can also hit the high notes, with melodic precision. Todd Winger’s an apt name for a guy whose guitar playing can soar, and rhythm section of Jack Bentley Smith Ben Atkinson keep it tight but loose. Somebody’s also playing keyboards on a number of the tracks, they’re not in your face, but give added warmth when they’re there.

I had an immediate crush on that EP. This here long player has taken a while longer to get into. I’m not so sure why. Maybe the lengthier recording session time subtly altered the sound I was attracted to. Possibly you can have too much of a good thing. It’s not that the new songs aren’t as good, just took time getting used to.

Launching with ‘Mr Big Shot’ we get Extreme’s ‘Get The Funk Out’ with added arrangements and a 70s soft rock harmony makeover ala session hot picks like Pilot and Jigsaw. You think you shouldn’t like it but you end up doing so.

‘Promise Land’ is an understated mid-paced broad chorded rocker you can shout along merrily to. Whether it’s about sex, success, the good old USA of A or God I’m unclear, but I don’t think that really matters. What can’t be ignored is the lovely tumbling rumbly bass line that runs throughout ‘Merry Go Round’ – A laid back classic British AOR  style number that, again, you can take your choice over its lyrical meaning. With ‘In It For Love’ you get what it says on the tine, a right rock and roll cowboy number with the hookiest of lyrics and a fine sweet guitar solo,

‘Lullaby’ by contrast is surprisingly a racy rocker with some fine changes where you are at times reminded of vintage Deep Purple or even UFO. They pour on the power like this more in a live environment, and they do put on a good show full of light and shade.

‘Midnight Queen’ is more cowboy rock, its faux Americana worn like a badge of honour. It’s a rock and pop love song where you want to dance your way all the way back to that girl who broke your heart when you were young and thought you knew better. As I similarly noted when it appeared on their EP, it’s Poco and Tom Petty & The Heartbreakers having a forbidden fruits affair. The rhyming couplet harmonies are both infectious and addictive, the barroom backing talk and wolf whistles cheesy but fun, and when it rocks out hard a pleasant but brief surprise.

In need of a little respite and thoughtful introspection ‘Get Back To You’ has them slowing roaming dusty roads strumming on acoustics, picking up as it moves along, evoking REO Speedwagon. There’s an all too brief electric guitar instrumental part,that I wouldn’t have minded hearing repeated land extemporised with later in the number but we do get a stadium swinging solo pulling in as the singalong life-on-the-road lyrical melody reaches its climax.

‘Won’t Stop Me Dreaming’ brings us back with some pounding little rock, that while possessing a modern production that oddly echoes West Coast-fixated 70s British band Charlie in a pleasant manner. Then, it all ends, with Tristan’s self-absorbed but totally sharing ‘About This Boy’ a lazy slide intro leading to some acoustic light beat country-picking rock.

Electric and acoustic guitars weave seamlessly on commercially compact singalong rock tunes.  If Collateral don’t know what they’re doing let’s not put them on the straight and narrow because if they keep on doing what it is they’re doing they’re going to get themselves an impressive sized audience of committed fans.

They’re about to go on tour as special guests to Jared James Nichols, check them out. 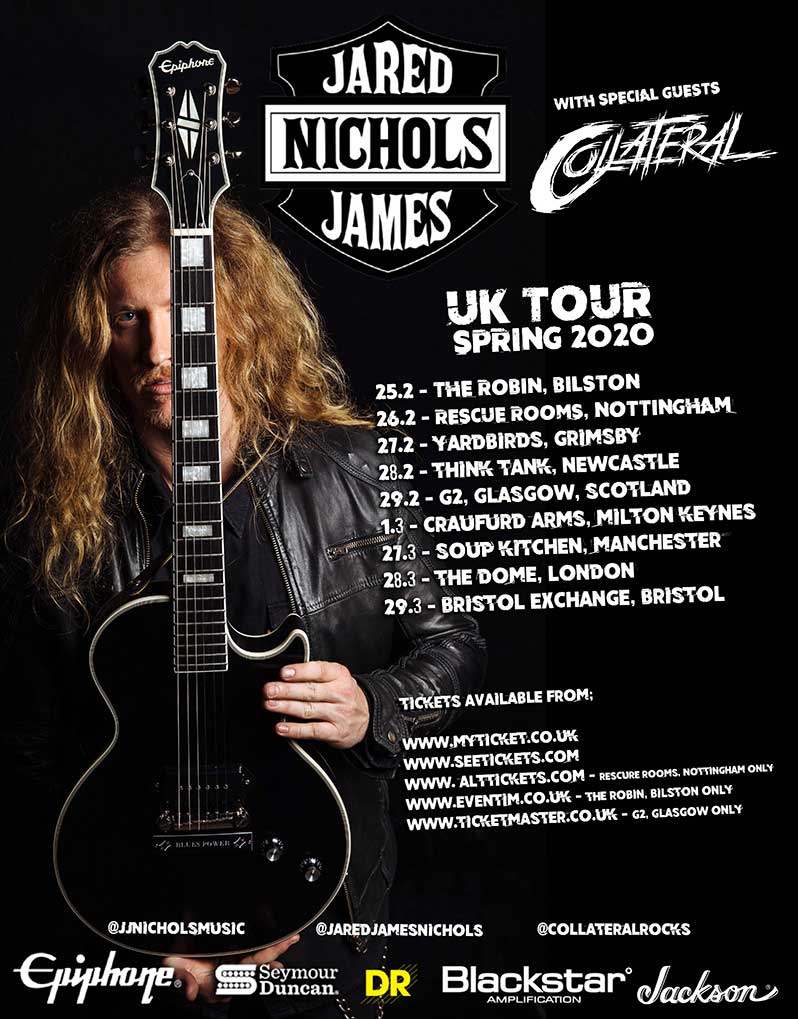