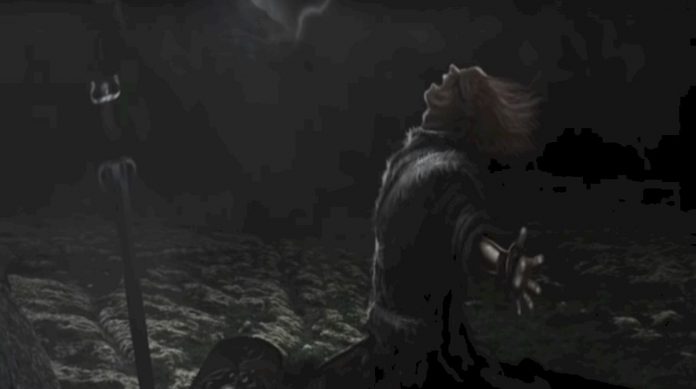 “Legacy of Tragedy” is actually a pentalogy (five part) rock opera inspired by the life and work of dark romantic poet Edgar Allan Poe (perhaps best known as the author of the gothic narrative poem: “The Raven”.)

The latest installment of Legado de una Tragedia  is titled “Britania” (one ‘n’)  and deals with the conquest of the British Isles by the Roman legions, a familiar theme to anyone who has been watching the historic fantasy television series “Britannia” (note the two n’s)  which first aired in 2018.

The exemplary Spanish singer, songwriter and guitarist Joaquin Padilla has been inspired to undertake this journey through his love for Helloween, Stryper and Iron Maiden (and, of course, Poe) and has been working on the  “Legado de una Tragedia” project since 2004.

The first part of his opera took four years to complete (produced with Jacobo García) and featured more than fifty Spanish rock musicians from various bands,

The second part (sans Jacobo García) was published in 2014 and the last part of what was supposed to be a trilogy, premiered in 2016. Recorded with a real symphony orchestra, the Orquesta del Tragico Legado, conducted by maestro Txema Cariñena, the musical piece also featured a large lyrical choir named the “Choir of Tragic Legacy.”

A fourth part of the opera, “The Secret of the Templars,” was published in 2019 and featured several notable musicians, including Thomas Vickstrom (Therion), Alberto Rionda (Avalanch), Jorge Berceo (Zenobia), etc.

Britannia is the fifth installment of the Legacy of a Tragedy, and “Britania” is an EP sized release that narrates the conquest of the British Isles by Roman legions commanded by Emperor Claudius, and the fierce fight he had with the Celtic King Caratacus and the Druids. This chapter is a completely symphonic work (so don’t expect rock instruments) and was recorded with a symphony orchestra, lyrical choir and rock singers. Again, there are a host of big names, including (but not limited to) Johnny Gioeli (Hardline, Axel Rudi Pell), David Readman (Pinki Cream 69, Adagio), Thomas Vikstrom (Therion), Rosalia Sairem (Therion), Baol Bardot Bulsara (TNT), Isra Ramos (Avalanch), Tete Novoa (Saratoga), Chus Herranz (Entrelazados) the Avalanch keyboardist and Adventus Manuel Ramil and with Joaquín Padilla himself, playing a lead role.

“Land of the Druids” serves as an overture to the piece: thunder, greensward and crushed rock vex themselves against a verdigris sky with chariots in the distance. This is a yawning chasm of Wagnerian girth and subtle majesty.

Then comes the title-piece, “Britania” — at first  a lark of expressions and articulations bordered by exuberant orchestral lamentations but bringing the exclamatory lead voice. The vocals here are orotund (without being flowery) and beautifully phrased without being sermonic. The horns are vibrant and the tinkling keyboards are brackish. There are ghosts and spirits nearby, too, lurking around corners and foaming near the edges of sounds. This is a neat mix of folk medievalism (in the vein of Blackmore’s Night, perhaps) and with epic expansionism (less rocky than Power Quest though, don’t forget that this is purely orchestral, although it’s from the same bloodline). This is psychotropic

The second single from Britannia  “The Cry of the Ancestors”  (tracks sung in Spanish and English) grows like gorse on Salisbury Plain, angry, wild and thorny. The song is thunderous and echoes around the earth-banks and stone-age trenches of orchestration like a giant’s boom. The lead vocal is a leaping & cavorting oak-knower, filled with wen and mistletoe: a bit mythical but never lonely, because it is always complemented by a hyacinth sky and stormy orchestral shadows. This is sumptuous and ethereal.