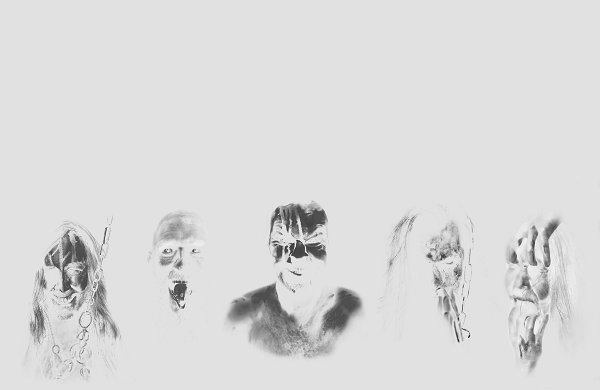 Allow me to start this off by stating that there is nothing even remotely straightforward or pedestrian about this raging tempest of wildly creative metal excellence by the Norwegian act If Nothing Is. While the self-titled opus was originally released to only a few digital retailers back in 2015, Dark Essence Records have prepped this for a 2021 release by means of remixing and remastering it, which entails that it sounds better and more lethal than ever now.

In many ways, If Nothing Is bring to mind outfits ala Nidingr, Dødheimsgard, Fleurety, and Skaldic Curse (think World Suicide Machine by the latter), which is to say that we are dealing with something akin to progressive black metal with maniacal moods to it, and this stuff is neither derivative nor unoriginal in the slightest. Actually, the group’s bassist and composer L.E. Måløy is a current member of the aforementioned Dødheimsgard and his DHG bandmate, the hugely skilled multi-instrumentalist Yusaf Parvez, makes a guest appearance on a number of tracks on If Nothing Is too. The whole musical affair is simply a glorious excursion into bleak, surrealistic worlds of punishing metal madness, jazz-like sections, and avant-garde experiments. There is an awful lot to wrap your head around here, but trust me when I say that this one is worth the time and effort.

Dissonant parts and unnerving passages collide throughout and result in a swirling mass of sweltering darkness that will make your head spin. Apart from containing an abundance of twists and turns, the LP is also packed to the rafters with sharp riffs, morbid melodies, and some of the most inspired black metal-esque vocals that yours truly has come across lately. Their musical visions are forward-thinking and innovative but also incredibly varied and anything but formulaic. Although it is highly complex and borderline nightmarish at times, it is not inaccessible nor devoid of instantly catchy moments, which is perfectly exemplified by the majestic ‘Sovereign‘ and the also the eerie ‘Juvenihil‘.

If Nothing Is offer an accomplished and riveting release that is a dazzling display of blackened metal magic and it defies norms, transcends conventions, and manages to suck the listener in completely by means of its strangely compelling aura, impressive textures and layers, and superbly written lyrics.

If Nothing Is released via Dark Essence Records on September 10th.