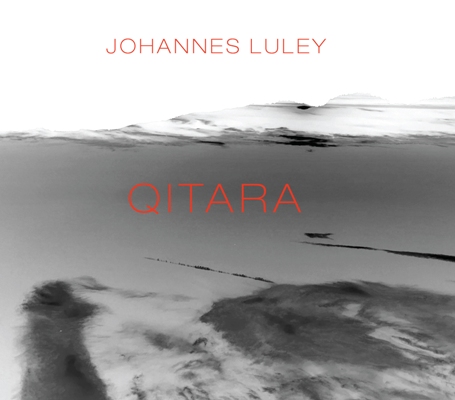 Perfect Beings guitarist Johannes Luley’s second solo album branches out from the progressive rock of his main band to explore jazz rock and fusion over its mainly instrumental tracks.

‘The Doer’ opens proceedings with a flamenco played in between a full ensemble band riffing out hard over which Luley infuses John McLaughlin inspired scales to solo effortlessly, a saxophone following suit as the music gets comfortably harder before slowing and then fading. One expects ‘The White City’ to follow suit as again an acoustic plays in a classical manner but it plays throughout, an electric guitar adding jazzy phrases only intermittently on this brief number. With ‘Agni Rahasya’ the guitarist again dips between electric and acoustic to hold the melody, the music itself echoing both stately early British prog and US arena fusion by way of The Mahavishnu Orchestra when in full flight.

Having established his McLaughlin influences, Luley leans towards Jeff Beck. ‘Upness’ begins with  slow wailing blues guitar then changes completely becoming a lengthy ensemble modern jazz piece that highlights guitar, piano and on occasion horn. With ‘Seconds’ lasting about as long as its title suggests an acoustic and piano played in unison offer terse emotive phrases.

Ryan Downe from Luley’s previous band Moth Vellum makes a vocal appearance on the co-written  ‘Sister Six’. Again we are reminded of McLaughlin, but by way of his Shatki grouping for this begins with what sounds like a 12 string acoustic over percussion. Then it takes a more AOR epic melodic rock turn with a distorted blues soaked solo thrown in for good measure. Returning instrumentally, ‘Soliloquist’  offers two electric guitars to the foreground sound, the one utilising harmonics and chords, another sharp squeaking jazzy phrases. As drums tumble and crash around a busking bass it feels as if the track will turn into a jazzed-up jam but fades just as it becomes interesting. That’s made up for by ‘Moonlight Mesa’ an upbeat funk-lite fusion track that could have been written during Beck’s Blow by Blow period only Luley opts for a spiky heavy metal guitar effect.

The rhythm section shuffle in a morse code pattern as Luley’s guitar scatters chords over ‘Red And Orange’, the melody then breaking away and feeling a little like classic Focus even as faster time signatures ensue with Luley racing up and down the fretboard, while also investing some wonderfully scratchy squealing notes on what turns out to be the most progressive rock song on the album.  A change of pace is offered with the sustained noted ballad ‘Faces In Reflection’ and the album itself completed by the Morrocan roll of ‘Hot Sands’  chords washing balmily about as a piercing guitar solo strides and wades with purpose, notes pinched, echoing and sustaining with veer and determined purpose as synthesisers follow in its wake.

With a choice selection of able highly experienced musicians assisting on QITARA it proves a very listenable album. While it does not exceed beyond its influences, those same folk too rarely play in this manner now so it’s good to rekindle the sound. Plus, Johannes Luley ensures the songs featured say their piece and don’t outlast their welcome.