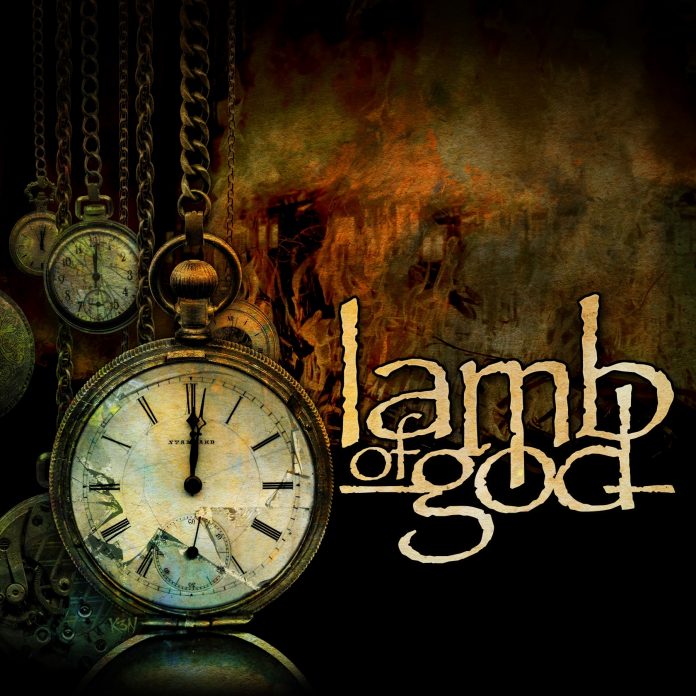 What you see is what you get really with Lamb of God, They’ve become a staple band that hasn’t really developed their sound much, but more fine-tuned it from the turn of the millennium, with the largest difference being between Burn the Priest and New American Gospel. They have become a band that most like, but like most, they have many that don’t, the cost of success so to speak, if you’re doing something right, you’re going to get hate. They’ve gone through plenty in their time, none more so well documented than As the Palaces Burn, but after half a decade, they’ve returned from the walls of a studio with a new release.

The self-titled has been through some time of its own, the last year has seen the departure of Chris Adler and addition of Art Cruz, probably the most jarring for some, big shoes to fill indeed, but at the same time, different people bring different tastes, and come the end of the day, no band will give the position to someone that isn’t able to step up to the plate like this, so fear not, and with singles released already. A small taste of the drumming capabilities have been answered.

With the exception of opener ‘Memento Mori’, I wasn’t quite sold on the singles alone, ‘Checkmate’ didn’t seem to ever get off the ground for me after the intro as I expected, the riff that runs the song was good, but it never seems to get to soar, ‘New Colossal Hate’ only got a few plays and seemed routine Lamb of God, and with that reaction, I didn’t give ‘Routes’ a listen even despite guesting a favourite vocalist in thrash legend Chuck Billy.

Despite my hopes not quite being high on what I had heard, upon listening to the album, my doubts were soon set aside. The familiar territory of ‘Memento Mori’ and ‘Checkmate’ opening up didn’t prepare me right, and soon with the kick up the arse of ‘Gears’ and ‘Reality Bath’, I was soon hooked. The groove cuts deep, the leads rip through, the drums still pound creatively and the bass rattles the eardrums. ‘Reality Bath’ easily steals my favourite spot, you could possibly have squeezed this into the Sacrament era of the band, the musicality of it is trademark Lamb of God, but it is the lyrical theme that really takes your attention, very dark, angry, and true to the current climate. Considering being written before the protests that have taken the World, it is strangely a fitting time to hear it. ‘New Colossal Hate’ sits in nicely at this point of the release, followed up with ‘Resurrection Man’, like its predecessor, they seem reminiscent from an early sounding Lamb of God as it drags its scarred knuckles across the rough terrain.

Similar to the old school sound, ‘Poison Dream’ has itself full of hardcore nods, with a breakdown of true hardcore style joined by guest Jamey Jasta, you can take the Lamb of God boys and make them worldwide stars, but their roots stay the same it seems with the breakdown ripping open with Mark Mortons blistering skills. With one guest track comes the other Chuck guesting on ‘Routes’. A rip roaring monster of a track that rarely gives a moment to catch a breath, Chucks vocals fit it perfectly between the visceral growl of Randy, the shift just before two minutes really hits hard before the breaching solo, oddly though despite the prominent guest, we don’t get much of that distinct, roar of his own which I think would have matched Randys perfectly. ‘Bloodshot Eyes’ probably has the most promise as a track for a single than those released, it takes elements from the heavy and mellow side of Randy’s voice, it has riffs that really scream like Lamb of Gods singles from previous releases, but it’s a great hidden gem to come across on the album as opposed to being one familiar with already. ‘On the Hook’ holds no punches itself, four and a half minutes of explosiveness.

Going into this release several things were completely expected, the quality of production and recording, and that trademark sound of the band. Working again with Josh Wilbur, if it isn’t broke, don’t fix it, and their relationship together is very much one of those cases. Randy Blythe has pushed his voice in the last few albums and I think now it really is coming into its own, the lyrical themes really tackle darkness and aren’t shy either. It cements my thoughts on music these days, although over the last decade times have changed in the consumption of music, I am very much an albums guy. While the singles, for the most part, didn’t really seem to do much for me, the album as a whole flows and feeds into the following track awesomely, those singles sit in the run with a rejuvenated spirit, and even if the album just seems to sit there as a standard Lamb of God album for you, give it time, it’ll grow. 2020 has given so much, and after 5 years since their last release (not including that insanely good Burn the Priest covers album they did), Lamb of God really are back, some now sober, they’re revitalized with fresh blood, and boy do they sound pissed! “Putting only our name on it is a statement. This is Lamb of God. Here and now”, Randy is not wrong.